Paddy Bevin Tour Diary: “Everyone was on keep Richie out of trouble duty!” 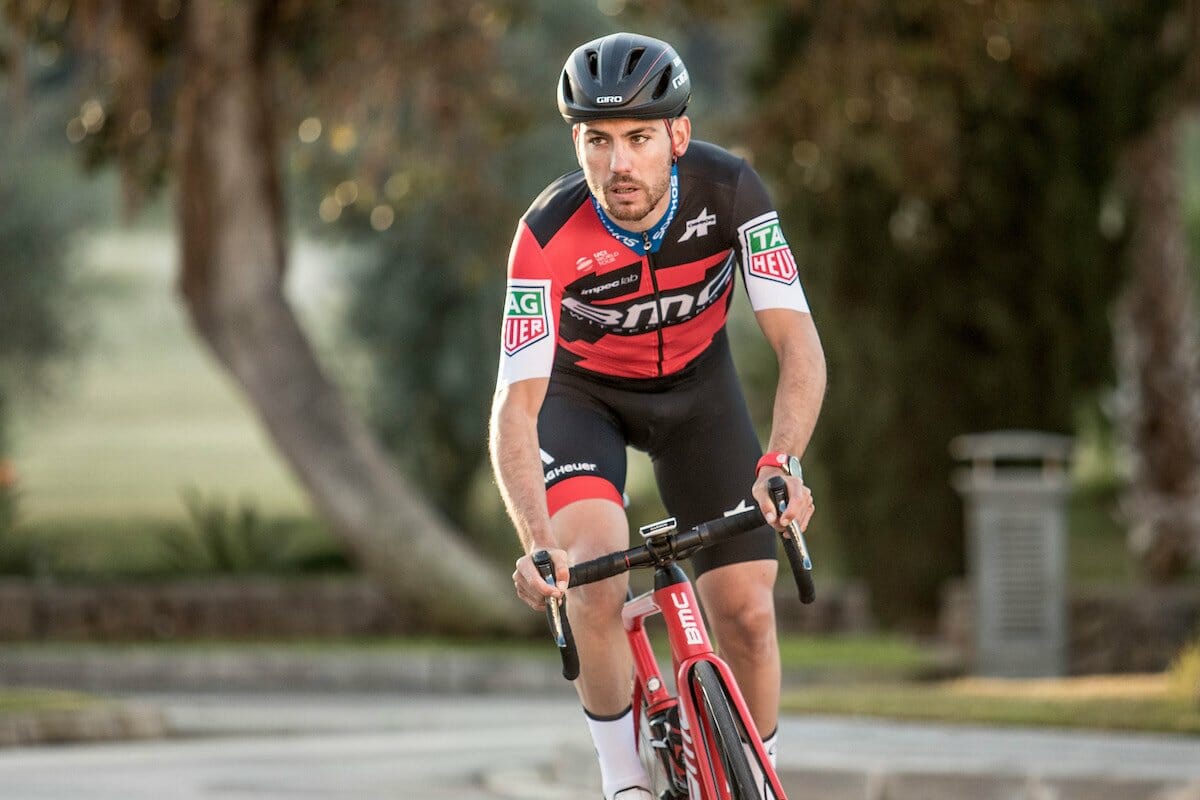 Day two is safely in the bag and I guess you could say it is mission completed with all BMC boys coming home in one piece and we turn our attention to today´s team time-trial.

Yesterday, the stress levels went up another few notches as a few of us who lost time on stage one needed to ensure Richie lost no more time to his fellow GC rivals.

Richie is our GC leader going for the overall and having lost 51 seconds on Sunday my job was to protect him from the wind and keep him out of trouble all day yesterday.

And boy was it tough.

The stage was 182 kilometres long and we covered that in just over four hours. Yes, that´s an average speed of around 45 kilometres an hour. Rapid!

The speed wasn´t so much the problem, though. It was the constant yo-yoing in the pace that caused all the stress.

With one rider out front, hat tip to Sylvain Chavanel of Direct Energie for that solo effort, the bunch had to keep a close eye on him and not just assume he´d be caught.

Sylvain is a horse of a man but not even he was likely to stand a chance of winning on his own so early in the race when everyone is still fresh and motivated – and fancies their chances in the sprint.

We were fighting and scrapping for position in the wind one minute and suddenly the pace would drop and you´d fall back the bunch knowing there was a bit of a ceasefire and not so much of a requirement to be in front.

That softening of the pedals feels great as you can recover, take a nature break and just ride and eat and drink.

Doesn´t last long though because what also stresses everyone out is the endless amount of roundabouts and road furniture we have to navigate!

It seems like we are in the most heavily roundabout-populated part of the world!

Despite all this we got through unscathed and without losing time.

My relief at getting Richie through unscathed gave way to pure euphoria when I learnt that my friend and fellow countryman Dion Smith is currently in the King of the Mountains jersey!

What an amazing ride by the guy to go for that and nail it. I couldn´t be any happier for the guy – and what a nice one for New Zealand to have one of our own on the world stage like that!

Today’s stage has a lot of expectation around it for us. The TTT on the Tour de France is always a big day and it will be specially for our team, not only for being one of our strengths, but also because this could be a good chance to help Richie make up some of the time lost on the first stage.

This test against the clock will benefit specialists like me as it covers a relatively flat course, starting and finishing in Cholet. It is also a distance I can do very well, that being 35 kilometres.

Anyway, being a flat day doesn’t mean we’ll have an easy day on the saddle. This is the kind of course that requires full concentration from the squad due to the undulations of the course and the crosswinds that may affect us.

Roundabouts and narrow, twisting roads through towns will also be demanding.

There will be extra pressure around some GC teams, as they need their leaders to recover the time lost on the first stage, just like us. It should be an epic afternoon where we really see a bit more of who is on the egde.

Let’s hope we can have a fast and safe stage!

Keep an eye on the black and red guys today, though!