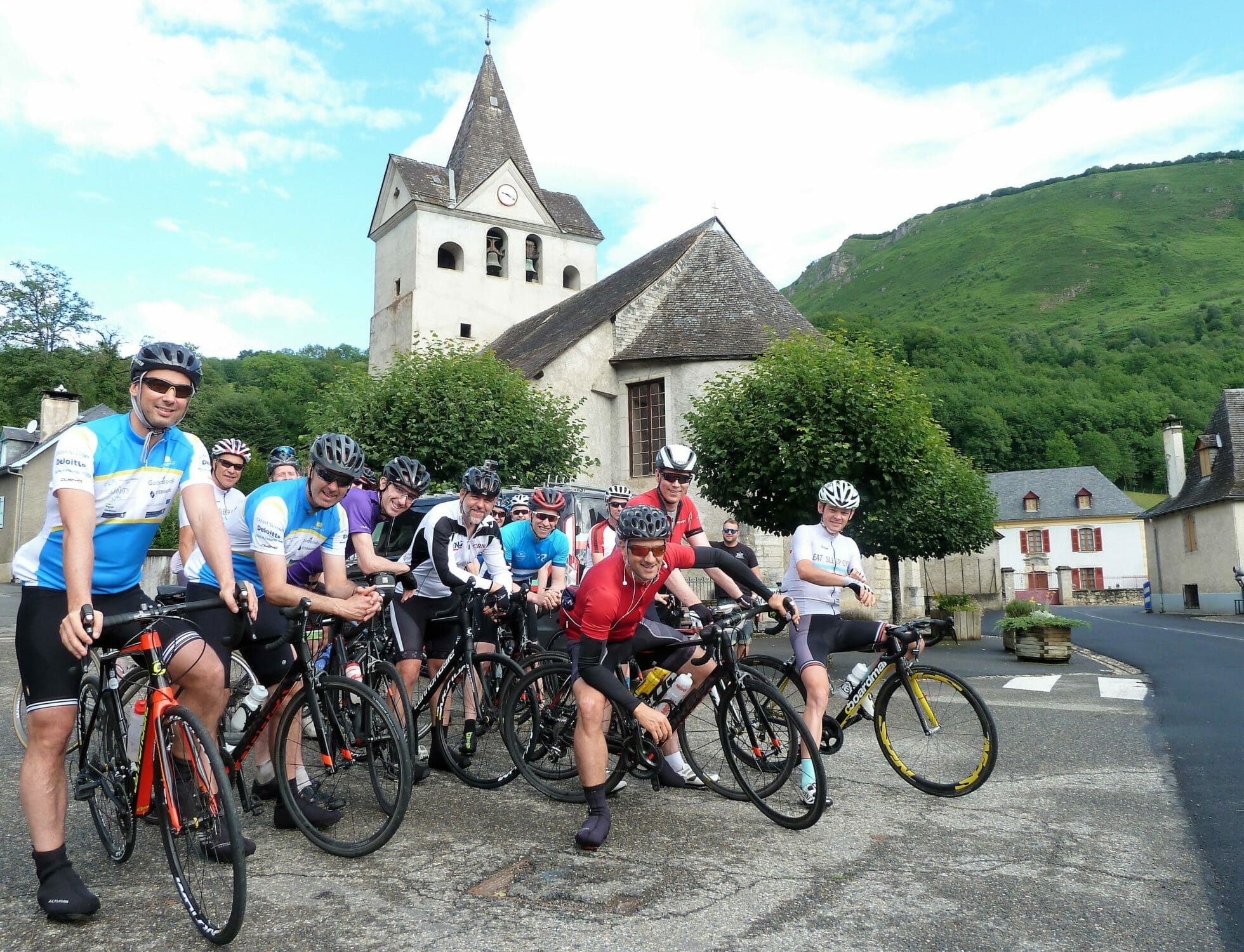 I won’t thank my new editor Lee Comerford for tasking me with the most general of all assignments; ‘a blog on the last week’, or something like that, would be great. Tonight.

How can one sum up in words what it feels like to ride across the Pyrenees for work? How impossible is it to summarise 600 incredible kilometres in a few photos?

We can only try and I guess one way of doing it is retelling the words that spill out of my mouth when people enquire, ‘oh how was your trip in the Pyrenees?’.

I’ll say it was great fun. I’ll say the group were reeeealllly nice. I’ll say we had rough weather at times but we all got on great. I’ll say we’re hopeful they’ll be back again and we’re looking forward to our next trip. After that, well, do others who weren’t there reeeealllly care?

For those that do I’ll tell with passion and energy of driving almost 500 kilometres from Girona on a Monday afternoon via Perpignan, Narbonne, Toulouse and Lourdes, stopping just once for a leak and surviving on peaches and Deff Leppard’s greatest hits.

I’ll tell of reaching our start point and sourcing ride food, searching for quality and value in a tiny town where the average age must have been close to 70.

It’s basic stuff this, but it just felt right and I definitely think I brightened up the shop assistant’s day with the most over-the-top merci beaucoup she ever heard after selling 8 baguettes, 24 bananas and around 4 packets of ham.

I’ll recall the silence of that grey Monday evening in Arrens-Marsous and going for a late evening core session in a field to pass the time, washing in a freezing cold fountain for the sheer hell of it (and the guesthouse wasn’t yet open!).

I’ll never forget the tick-tacking with Lee on the road from San Sebastien after completing a trip the week before and Louise back in the control tower pulling the strings.

Lee’s buddy Chris helped us on this trip and he was in the Basque country getting a rack attached to the roof of our new van as Lee was guiding clients.

An old housemate of Lee’s who volunteered to come along, Chris sat in a bar in Tolosa on a Monday evening at 5pm while the rack was being welded on. And he looked damn happy with himself in the selfie he sent on.

Our other hired help Peter got a bit of a raw deal from Mother Nature, or at least someone with a fraction of his positivity would believe.

He guided for four days and it rained a LOT. He rode as a back-marker in hail storms and sat in the saddle for seven hours on one particular day. Afterwards, he thanked us for giving him the opportunity to do it.

All he wanted in return was enough food – which is not an easy task with this guy.

Nobody who likes money and working more than eight hours a day would do this job of a bike tour guide.

Nobody with less than a love for cycling could do it. But this week, it became very clear to us that there’s very little else we’d wanna do.

Chris and Peter have brains to burn and it’s just as well because our demands on them this week were many. Yet their only complaint by the end was the trip was over.

Maybe the reason we – and they, love it and do it is because it’s so utterly humbling to see the difference it makes to people’s lives.

We had 12 clients this week from Ireland and the UK and to say they were a pretty accomplished bunch would be unfair to them. In cycling parlance, they were hitters.

There were guys who worked in finance, medicine, insurance, property and construction and they were all very VERY good at what they did.

We had some truly woeful weather, however, no more so than on day one when we headed for the Aubisque in appalling conditions.

Yet wild horses would not have stopped the boys from reaching the top and their upbeat outlook was truly inspiring. The descent of the Tourmalet on Wednesday was similarly bad, yet they all rode down it like demons and wore wide smiles when we convened at the bottom.

As one of them put it to us one evening over dinner, “I work with people over the age of 65 years of age. I’m up at 6 most mornings getting four girls up for school and I mightn’t be back before 6 in the evening. This is my week with the lads and I’ll maximise every minute of it.”

His story was one we’ve heard over and over since we started the company so for that very reason we’ve strived to help people get the absolute best experience they can in the time they have with us.

The life of a bike tour guide is a very privileged one and it offers absolutely everything a man or woman could want in a working life…except time off, a routine and riches.

And we wouldn’t have it any other way.