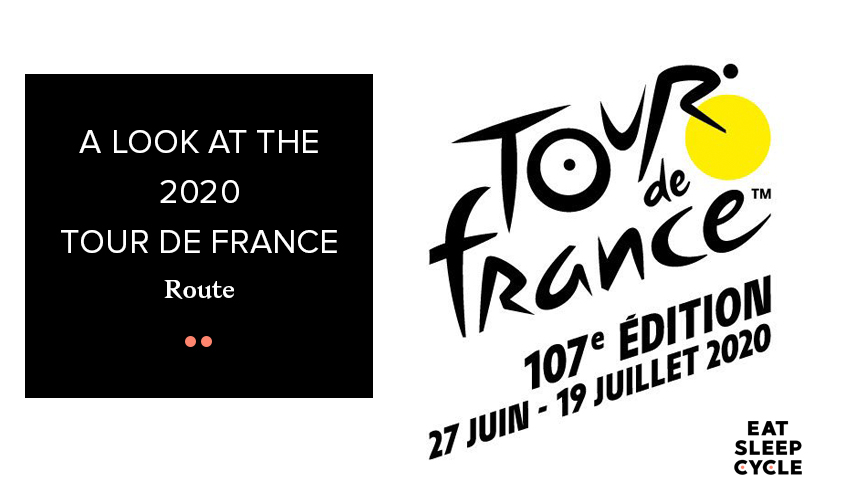 Riders might be hanging up their wheels for the off season right now but the pro cycling machine rumbles on with the reveal of the route for the 107th edition of the Tour de France having taken place on Tuesday.

The first thing to note is that the 2020 Tour will start a week earlier than usual, on the 27th June, due to the Olympics, which start on the 24th July. The organisers of the race have striven to add novelty and excitement to the format in recent years, with the addition of the gridded start of stage 17 in 2018 and the inclusion of more punchy, short stages. For 2020, they’ve taken this ethos and run, or ridden, away with it. 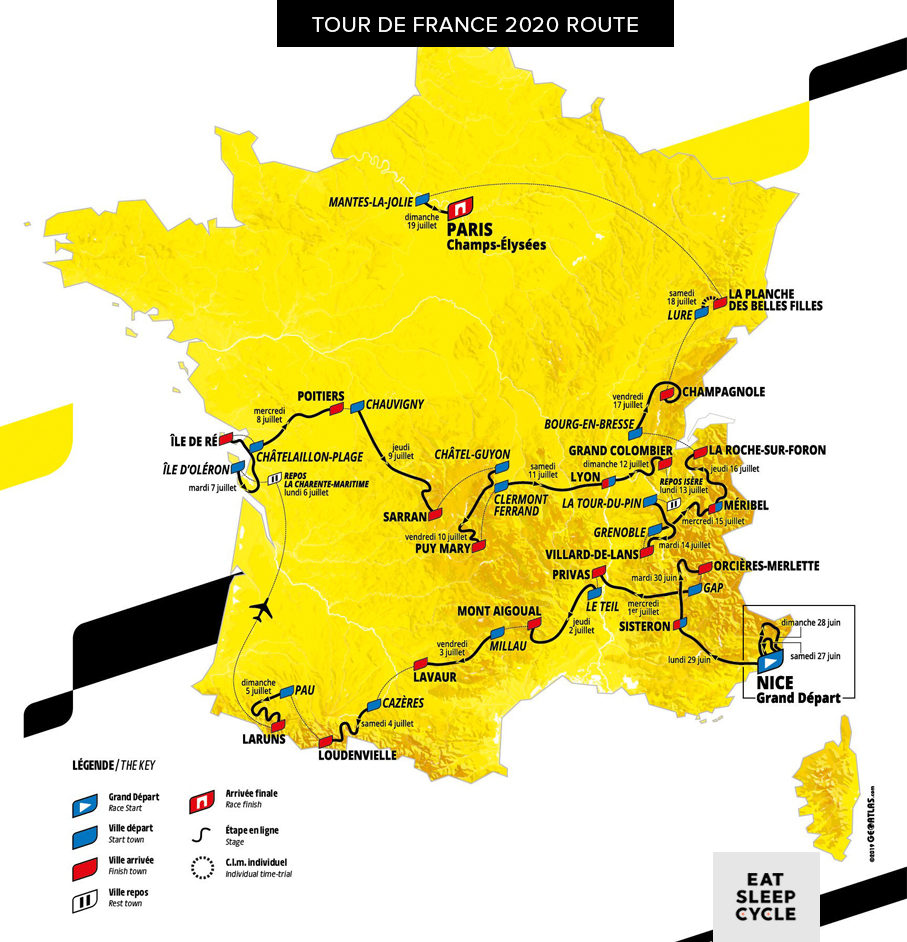 The tour takes place almost exclusively in the southern part of the country and is concentrated primarily in the Alps and the Pyrenees, hence the volume of climbing. The race is gruelling from the gun, with the second stage taking place in the southern Alps with two mountain passes that exceed 1,500m. Indeed, the first nine days of the race are possibly some of the hardest the race has ever seen in an opening week. The director of the race, Christian Prudhomme has said:

“It will be physically challenging throughout…Even the so-called flat stages will be very tough for the pure sprinters. There are traps everywhere along the route.”

The difficulty of the course comes not from a multitude of classic mountain passes but from day-to-day relentless climbing which will no doubt make for relentlessly action-packed racing. Although the purists may bemoan the direction that the modern Tour de France is heading in and the sprinters may protest the lack of chances for them, it is a course which lends itself to TV-ready action and sport is, after all, designed for entertainment. Within the first nine days, the riders must traverse a series of tough stages throughout the Alps and onto the Massif Central and the Pyrenees. There are a few flatter stages, but the winds from the Atlantic may play a part in ensuring that they are still gruellingly tough. The race will of course finish in traditional style in Paris. 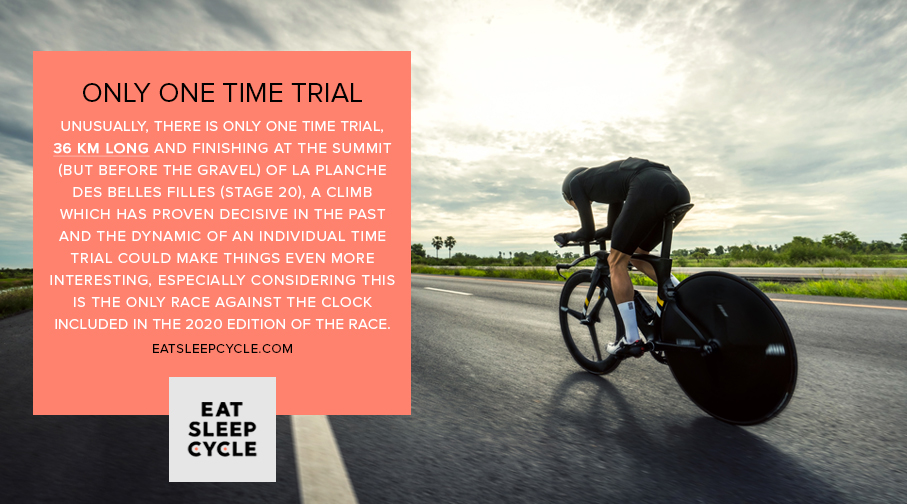 Only One Time Trial

Despite, or perhaps due to, the difficulty of this edition, everyone, including the riders but perhaps barring insomniacs will be pleased to learn that there is only one stage over 200 km long.

Also unusually, there is only one time trial, 36 km long and finishing at the summit (but before the gravel) of La Planche des Belles Filles (stage 20), a climb which has proven decisive in the past and the dynamic of an individual time trial could make things even more interesting, especially considering this is the only race against the clock included in the 2020 edition of the race.

Of course, this far out from the race it’s virtually impossible to predict who may perform well at the Tour but there are the obvious contenders to consider.

If you’d like to experience some of the famed cycling from the Tour de France route make sure you check out our Tour de France Cycle Tour and if you’ve any questions about it give us a call now on +34 972 754 301 or contact us online for more info.