A Celebration of Women’s Cycling 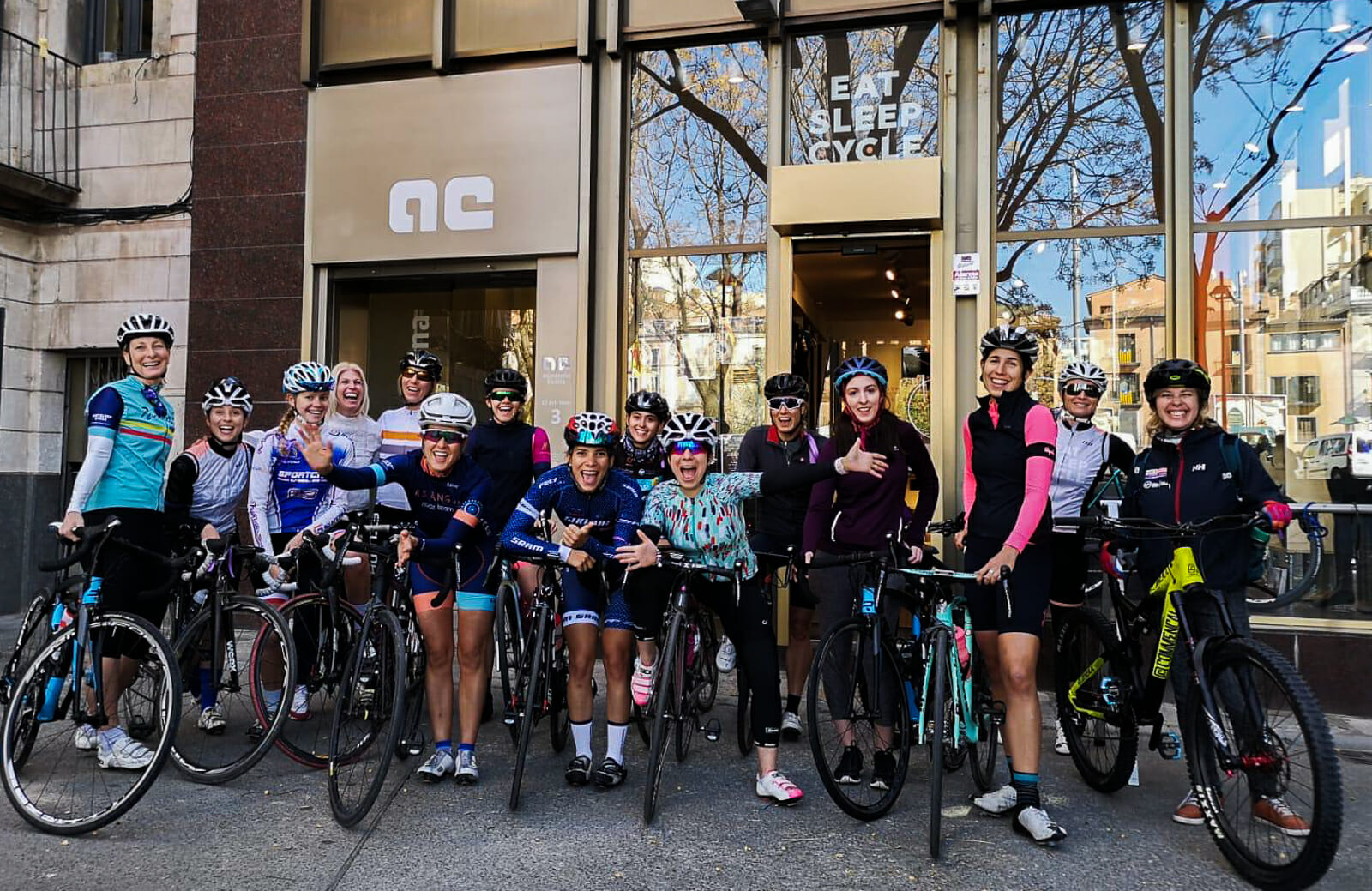 International Women’s Day is the perfect opportunity to celebrate women’s cycling, from professional riders, to amateur racers, to those who ride for the sheer joy of it, we want to pay tribute to women who ride bikes!

Cycling brings people together through a shared joy of the feeling of freedom that getting out on a bike brings and bikes have been a symbol of emancipation for women in the past, providing them with the freedom & means to travel independently. Women all over the world ride bikes for myriad reasons, from the need to get from A to B, for the sheer pleasure of a ride, or to tear each other’s legs off in a race.

In the past twelve months alone a woman broke the cycling land speed record, American Denise Mueller-Korenek hit 183.932 mph (296.010 km/h) breaking not only her own record but the men’s as well. Scottish mother Jenny Graham broke the women’s record for cycling around the world in 24 days, 10 hours and 50 minutes and just last week the women’s peloton caught the men’s in Omloop Het Nieuwsblad.

We asked some inspiring women from the world of cycling about what riding bikes means to them: 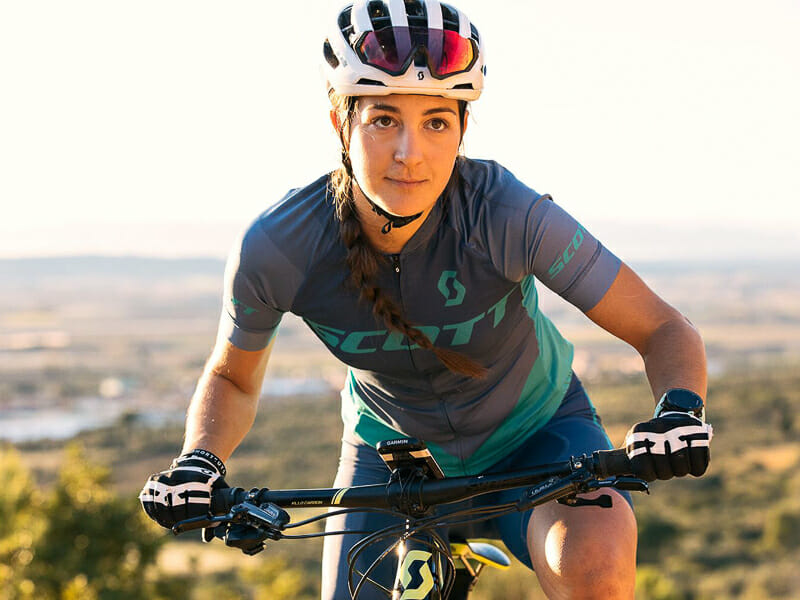 How did you get into cycling?
I started mountain biking with my dad, who taught me until one day I decided to try a Duathlon. When I managed to finish it I was super happy and eager to do another

What is your favourite aspect of women’s cycling?
To get to know other women who share the same hobby, to visit new places, talk and enjoy the practice of cycling that leads us to live unique and indescribable moments!

Do you think attitudes to mountain biking are different to road as a woman?
Yes, I think the attitude towards the MTB is different from the road attitude, since one requires more technique than the other. Therefore, there is more possibility of needing more strength and concentration with the MTB.

How is riding with women different to riding with men?
I think there are several differences. Neither better nor worse, simply different. Strength is an aspect that is different.

Who are your main cycling inspirations?
There are several, but I would highlight the talent of Jenny Rissveds.

What advice would you give women who are considering taking up cycling?
If you like sports and in particular cycling, take this, dedicate time. Meanwhile, ENJOY everything it can bring (friendships, places, excursions, vacations …) and you will see that little by little you will progress and every time you will enjoy more and more 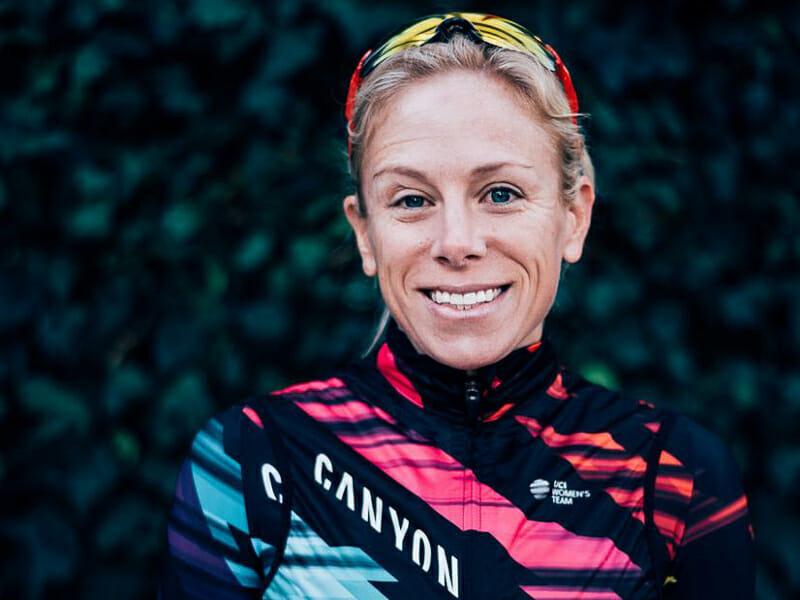 How did you get into cycling and did you feel like you faced any challenges as a woman?
I got into cycling as an alternative means of exercising and chasing the endorphin addiction when a series of injuries and surgeries forced me to take an extended break from running. I was previously a competitive marathon runner. The biggest challenge I faced was that I was dropped in at a level way over my head after winning Zwift Academy…it had nothing to do with being a woman. BUT, I will say that from the point of view of a professional cyclist, the ability for a female to make a decent living as a cyclist compared to a male….it’s embarrassing what is considered a “salary” for women. I know there are a lot of women actively working to change that, but for the time being, the large part of the women’s peloton are forced to have second and third jobs to make cycling a reality. And those who ARE paid as a full time athlete, many of them are doing it for next to nothing.

What is your favourite aspect of women’s cycling?
My favorite thing about women’s cycling is the camaraderie. I think especially in the US where we are still trying to grow the sport, the women who are involved are really eager to encourage more women to get on bikes and especially to try out racing.

What did you learn from riding in the women’s peloton and how do you think it differs from the men’s?
Oh man….. what did I learn….. EVERYTHING. It was all new to me, so literally I learned all about racing from my first year as a pro. I don’t know that I have a very good answer for this one…. I don’t have one simple take away from the peloton…. maybe I need a more specific question. I mean, I think the biggest thing I learned is the importance of experience and confidence in order to be successful… but I feel like that isn’t what you meant… I dunno

Who are your main cycling inspirations?
I’m so new to the sport, and to be honest when I was younger I didn’t follow cycling much at all… maybe I watched the Tour de France when it was on, but I had never watched a women’s race before I started the Zwift Academy. During that, I wanted to learn about the team so I started to follow. Because of this, my biggest inspirations were my own teammates when I was selected as the ZA winner and joined Canyon SRAM. They all started cycling when they were so young, they were able to teach me so much. I became really close with Alexis Ryan. She was like my big sister… except that she was almost half my age. ? Her talent and professionalism as a cyclist was really incredible, but also just as a human….she had a lot of other interests beyond cycling, and she cared a lot for her teammates and her family. If I were a young cyclist just starting out, I would aim to be like her when I grow up.

What advice would you give women who are considering taking up cycling?
Just go for it. No matter what your age or what level of cycling you want to get involved in from social rider to wanting to get fit to competitive racer…. there is a community for you

Stay In Touch with Women’s Cycling

If you’re inspired to ride & keep up to date with the latest news from the women’s pro peleton & the wider world of women’s cycling, follow these two great websites!

Want to experience women’s only cycling?

Why not join one of our women’s camps for an opportunity to ride some iconic roads in the company of inspiring women! Or, if you’re based in Girona join our weekly women’s only ride from the Eat Sleep Cycle hub.