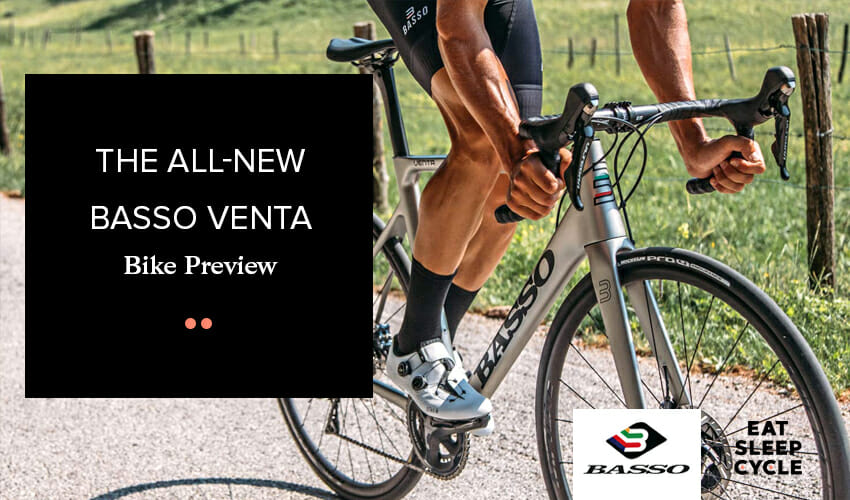 We love Italy. The culture, the food, the cycling and since working with Basso, the bikes! For the end of the 2019 season we are super excited to be introducing the newly re-designed Basso Venta to our rental fleet. The new Venta landed in the Hub this week and we can’t wait for our test-ride event, but until we get our hands on it, let’s take a more general look at Basso and the new Venta’s spec.

Founded in 1977 and based near Bassano del Grappa, Italy 50km northwest of Venice and less than 10km from the base of Monte Grappa, Basso have been making 100% Italian bikes for over 40 years. In their own words, the brand’s aim is to “put the product first, while always moving forward in terms of innovation, our technicians create with an extreme attention to detail, high precision and relentless perfectionism”, which sounds like a recipe for some pretty special bikes. Basso also work closely with another of our favourite brands, MAAP. The Australian brand, who design and make our beautiful Eat Sleep Cycle kit, worked with Basso to design a Diamante frame as well as running the MAAP/ Basso road team. 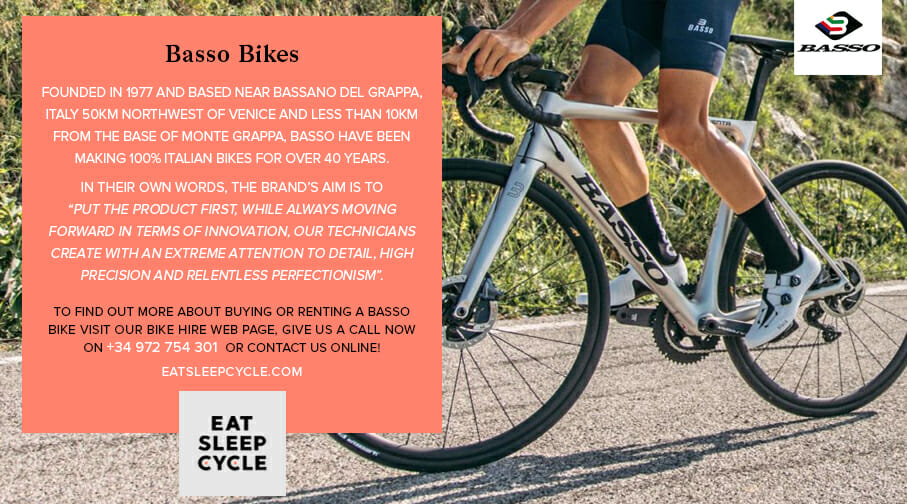 The Venta model is not new to Basso, however the brand has completely redesigned the bike for the 20th anniversary (it’s described as the venti venta, venti meaning 20 in Italian), making it lighter, more aero and trickling down technology and lessons learned from the high-end Diamante but with a much smaller price tag at €??. Available in both disc and rim, they describe the bike as one for “from the pro racer to the Sunday amateur” which is reflected in the more relaxed, but still relatively racey fit.

Now, onto the details that you need to know about the new Basso Venta bike – it’s a beauty! 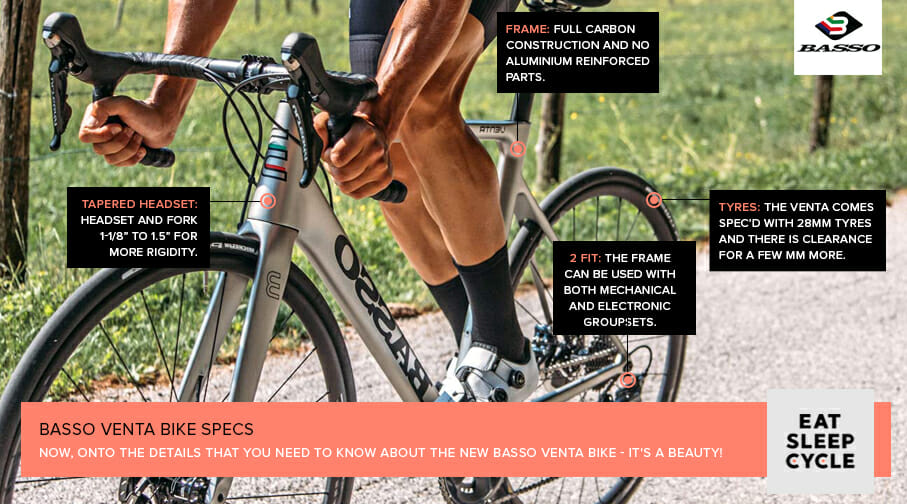 We will be road-testing the Venta in the coming days along with some of our Eat Sleep Cycle Hub customers and we will be sure to get feedback. Check back here soon for a full review of how the new Basso Venta fares on the roads of Girona! And, if you’re keen to find out more about Basso, check out our Basso Palta review here. 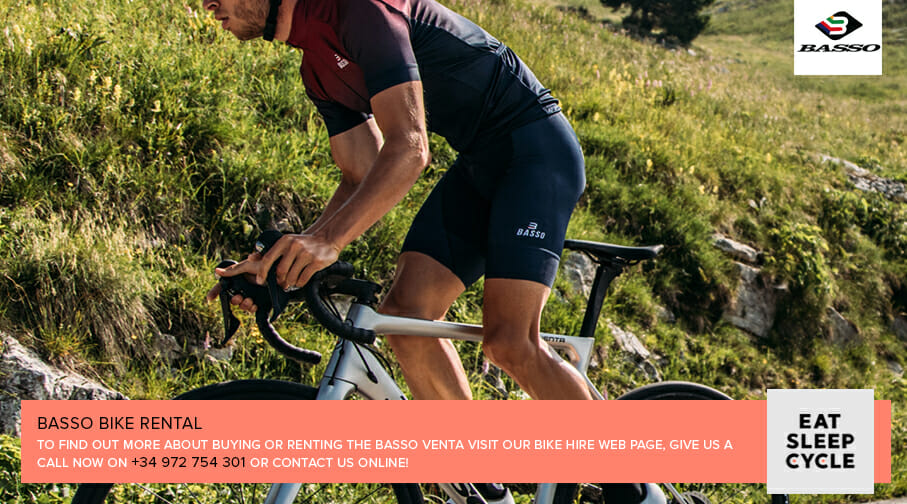