The Beauty of Cycling in Ireland 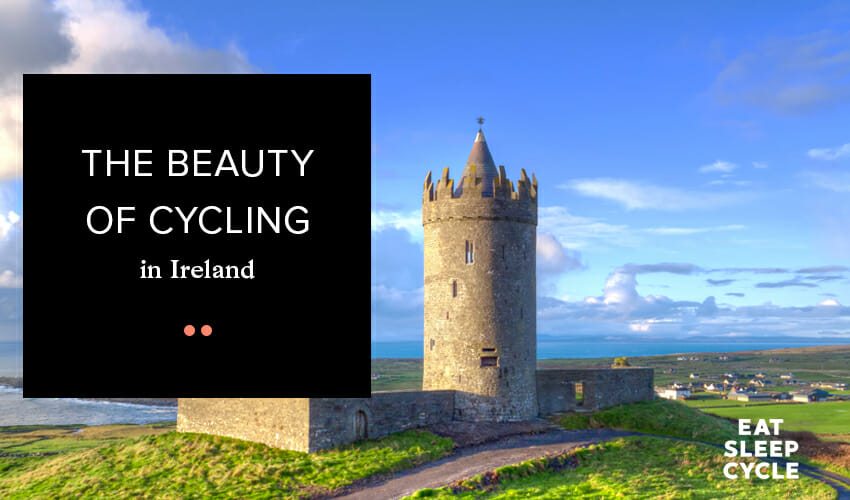 In this post Eat Sleep Cycle Partner Brian waxes lyrical about cycling in his homeland of Ireland.

Scanning the Eat Sleep Cycle cycling tours you’ll quickly realise we have a penchant for sun-spoilt cycling pockets all over Europe. Yep we’ve the big ones covered in Majorca, Gran Canaria, the Costa Brava, Girona and the Pyrenees, and then we have Ireland, our newest offering.

Ireland, you say? That bucks the trend and doesn’t really follow the ESC ‘trend’, right? Wrong.

The Emerald Isle, so called because of the green countryside, is where we’re headed next and if a cycling tour with rolling hills, sleepy villages, wonderfully remote countryside and world-famous sites are what you seek, then it’s a tour for you! Read on to learn more! 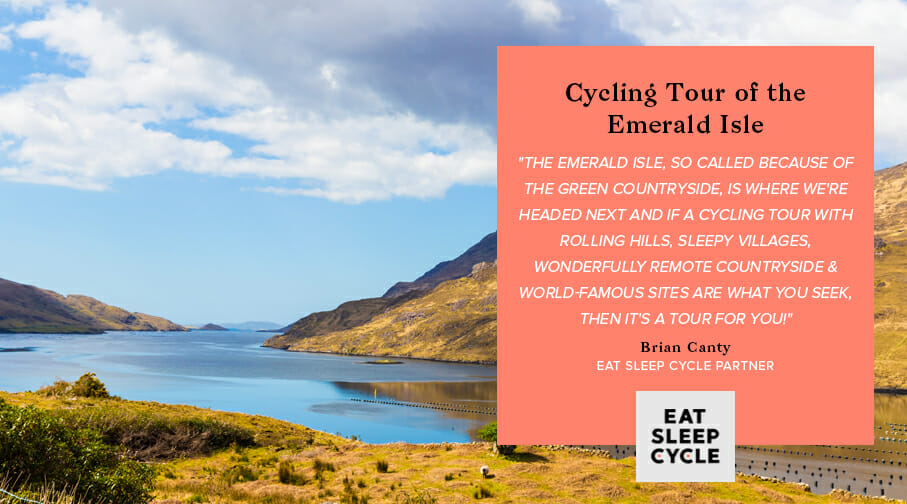 Those searching for epic days, ascending col after col, can move along because in a country where the highest paved road is less than 800 metres – and we go nowhere near it – this one isn’t for the mountain goats or hardened road riders.

No, this one is for those who prefer to experience a country’s unique culture, its rich heritage and traditions, and learn just why almost 80 million people worldwide claim Irish heritage (almost half of them American).

This tour, titled the Tour of Ireland’s West Coast, is one I feel very strongly about and gives you, the guest, the very best insight into what exactly makes Ireland so appealing to so many people.

Mention of the word Ireland automatically conjures up images of green fields, pints of Guinness, trad music, dramatic coastline and country roads and on this tour you´ll have more than your share of all of the above.

I feel very blessed to have lived in one of the cities we´ll travel through on this tour, and when guests visit Galway on days 3 and 4, I know they’ll feel the very same sense of belonging and excitement I felt when I moved there to study in 2008.

Galway and The Wild Atlantic Coastline

Though I only spent one year in Galway, it was the perfect base for which to explore the Wild Atlantic coastline north, west and south. To the south are the jaw-droppingly beautiful Cliffs of Moher which we’ll visit on day two after an opening warm-up ride up Spancill Hill to check those gears are running smoothly. If you’re lucky, you’ll hear ‘Spancill Hill’ belted out from one of the many bars in Ennis, Galway or Westport as it’s a very famous ballad composed by Michael Considine who was born there but migrated to the US to chase a better life. The song bemoans the plight of the Irish emigrants who longed for home from their new lives in America.

Galway is home to less than 80,000 people but the energy of the place in summer makes it feel there´s 800,000 around, and sitting in Eyre Square in the heart of the city on a warm summer’s day is a memory I cherish from my college days there. 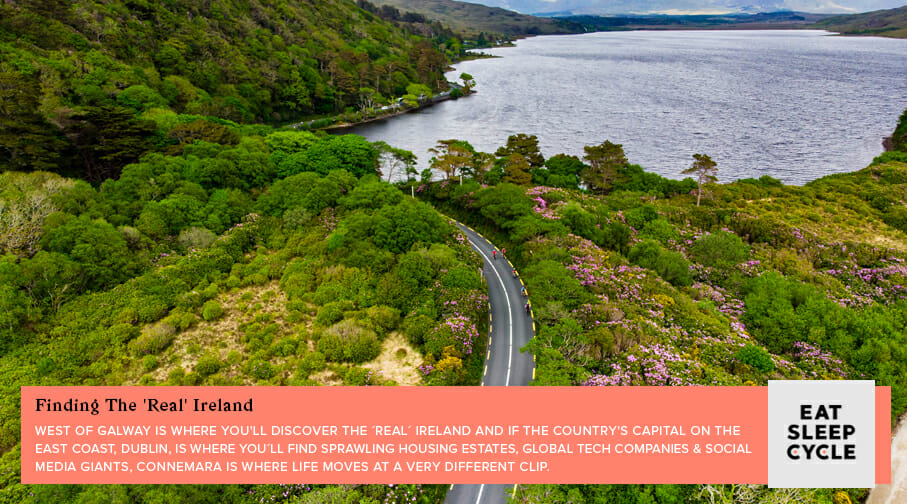 West of Galway is where you’ll discover the ´real´ Ireland and if the country’s capital on the east coast, Dublin, is where you´ll find sprawling housing estates, global tech companies, social media giants and endless columns of fast-moving trains and buses, Connemara is where life moves at a very different clip.

The longest ride of the trip is the road to Clifden where you hug the coast as it meanders its way west. When I lived here, I told myself there is nothing as beautiful as a tailwind on the smooth blacktop roads out around Roundstone with the Aran Islands visible in the distance and the 12 Bens Mountains providing an idyllic backdrop.

Interestingly, the first non-stop trans-Atlantic flight was 100 years ago this year but it was a rather ill-fated adventure because the plane flown by two British aviators crash-landed not far from Clifden. Miraculously, neither of them died as it was a soft landing into a bog, but locals helped themselves to the remains of the plane to display as souvenirs. 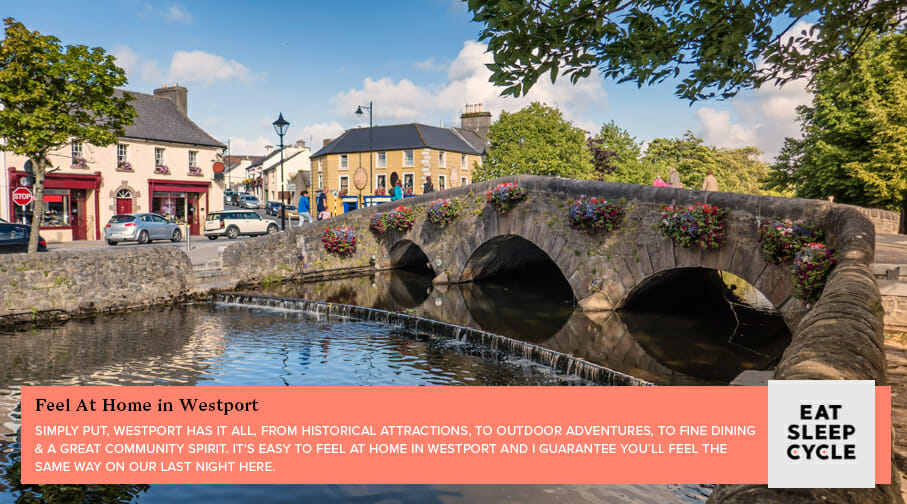 Feel At Home in Westport

I´m often asked if I´ll ever return to Ireland from Girona and I always usually the same; only if I end up in Westport!

Simply put, the place has it all, from historical attractions, to outdoor adventures, to fine dining and a great community spirit. It’s easy to feel at home in Westport and I guarantee you´ll feel the same way on our last night here.

With no need for luck at all we’ll happen upon a live music session in Matt Molloy´s (because they have it seven nights a week), owned by a member of the legendary traditional Irish band The Chieftains. It´ll be the perfect way to relax, unwind and reflect on the trip of a lifetime.

P.S. Enjoyed this blog? Why not sign up to receive notifications every time we post and get regular updates on our latest tours