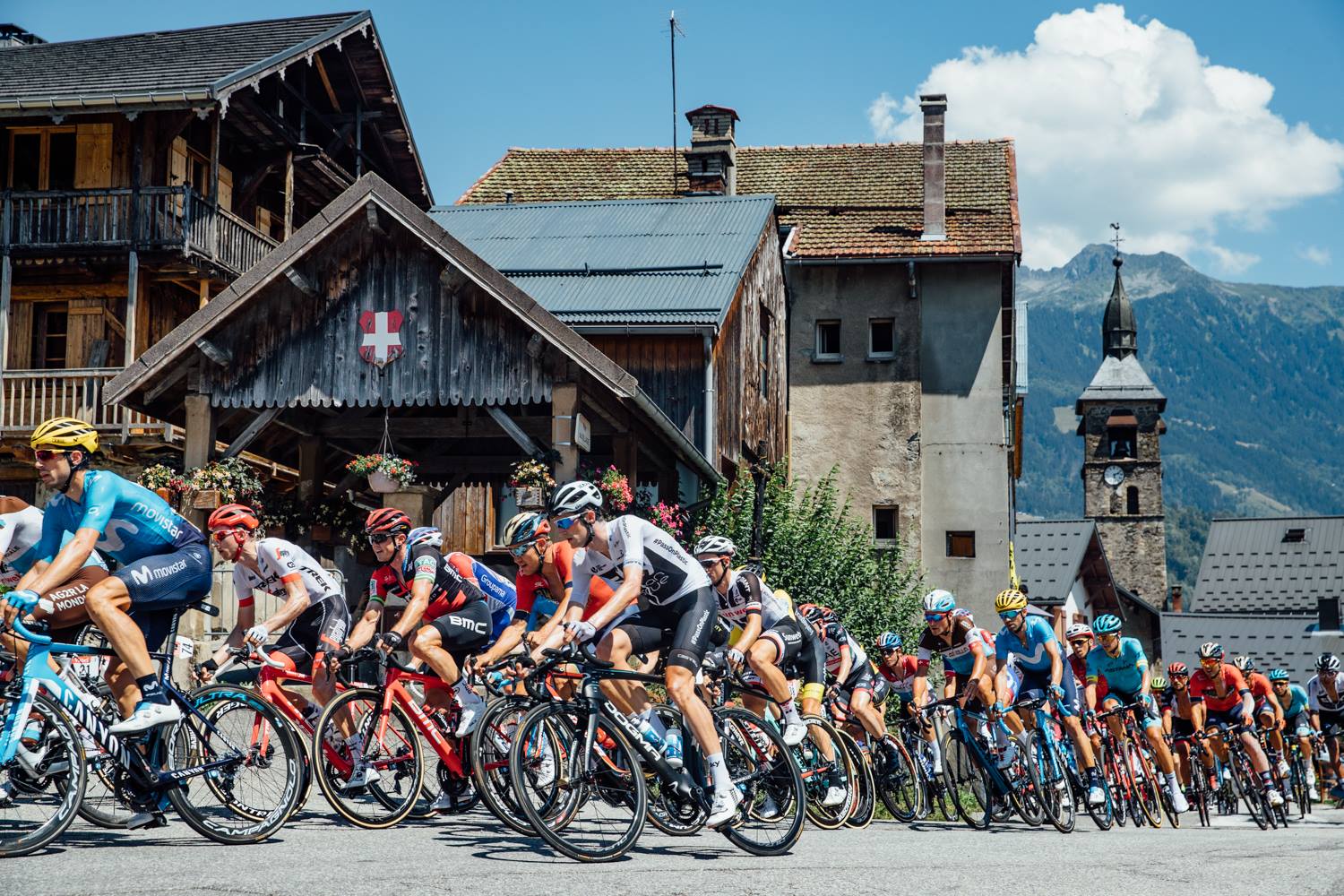 Deep in the Alps. Deep in suffer mode. At times, yesterday was like being submerged in water with our nostrils above the surface.

It was a pretty tough stage as we knew it would be after Tuesday´s er, stalemate?

I knew what to expect because we rode this exact stage last month on stage 6 of the Dauphine but the Tour is like the bigger, badder, uglier brother to the Dauphine.

You don´t leave anything behind because you can´t. It was a short stage, relatively, but give me a 250k snore-fest over a 100k boxing match, uphill, any day!

Sadly for us yesterday, we lost the jersey. Greg gave all he could but when Team Sky decide to let rip, they take no prisoners and his eight-day reign as race leader is over.

He´s not disappointed to be unseated, mind. It was a run that had to come to an end at some point and he defended it very well on the first mountain stage on Tuesday. So we can all be proud of his, and our own, efforts.

Few riders can live with Sky when they ride like that.

I rolled home in the group with Greg around 22 minutes down and he´s now 27th overall. So our attention now goes to chasing stage wins, as Damiano demonstrated yesterday.

It was great to see him wriggle away and show his talent in an effort to win the stage, and I´m sure we´re going to see more of that in the next 10 days.

Riding up these Alpine climbs is an exhilarating experience. Forget the lactic acid and burning in the legs, the crowds are just unbelievable and they help numb that pain.

A huge shout out to the Kiwi supporters who´ve come further than anyone on this planet to cheer us on.

There are only four of us in the race; myself, Dion Smith, Tom Scully and Jack Bauer but the amount of silver ferns and Kiwi flags the last few days have been inspiring!

When that adrenaline courses through you on a stage it´s a magical feeling and you can go that little bit deeper to stay with the group. But boy is it a different story when it wears off and you sink into the seat on the team bus after a stage.

Now, onto day 12 today and that jaw-dropping Alpine behemoth towering above us; Alpe d´Huez!

It´s a new one for me because we didn´t do it last year. My earliest memory of it was watching it as a 13-year old kid growing up near Lake Taupo on New Zealand´s North Island.

The Tour would be on at crazy times of the day for me but  I´d be up watching it after midnight as we´re 10 hours ahead down there. The worst part was having to go to bed straight after it and wait until morning to ride my bike, thinking I was in the Tour ripping around the lake.

I remember Lance Armstrong absolutely blitzing Ivan Basso back then, passing him on the road like he was standing still. The crowds blew me away and I remember thinking ´I want to be there some time´.

They estimated the crowds at 750,000 people back then.

Don´t expect me to be passing any GC guys on the road like Lance did, however!