Paddy Bevin Tour Diary: “We were all on keep-Richie-and-Greg-out-of-danger duty” 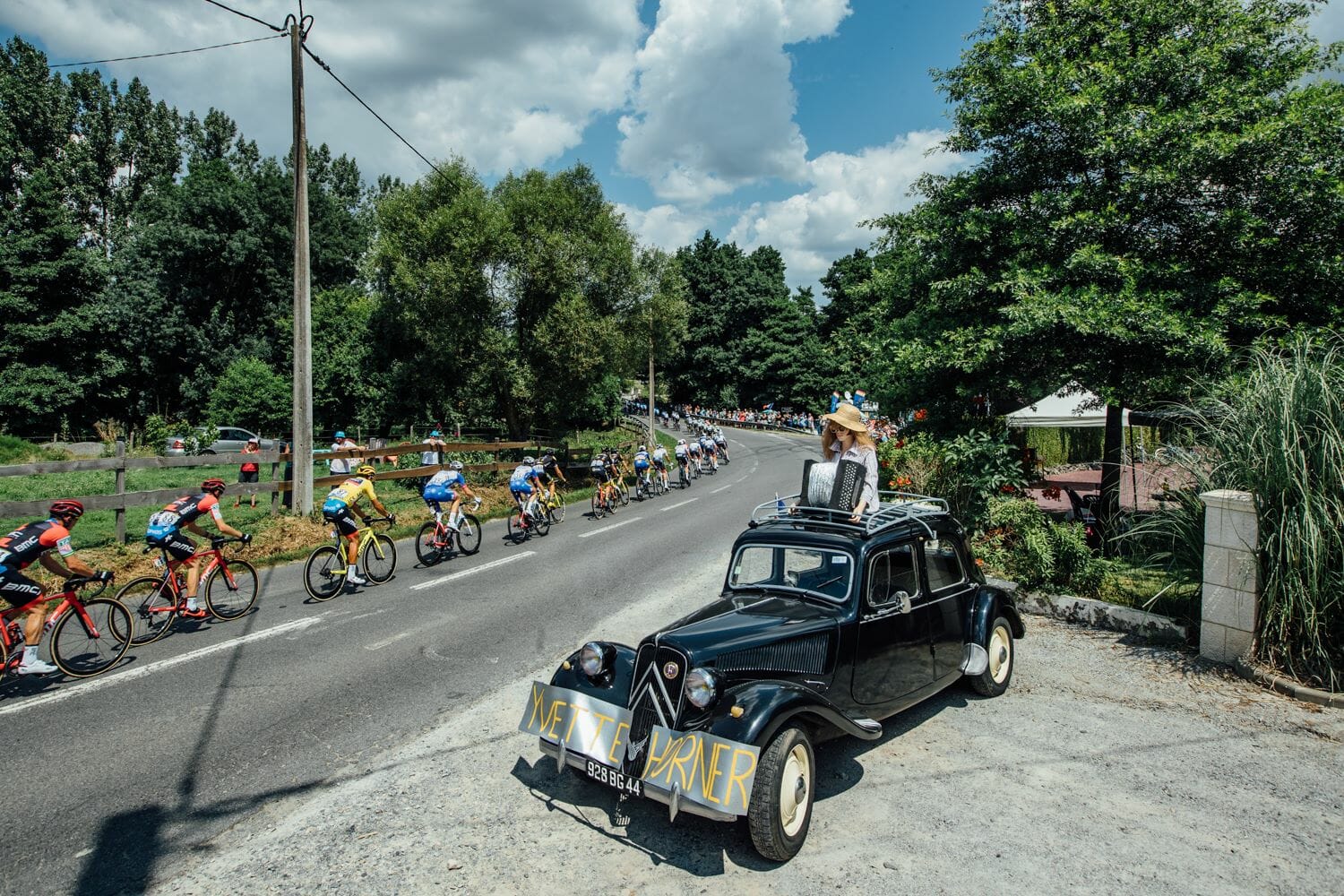 Another day in the bag, yellow held, Richie very much in the race now, and onto the next challenge.

Yesterday was all about staying vigilant, eating and drinking enough, keeping Richie and Greg out of any danger and making their lives as easy as possible.

For a domestique, it´s our role to do the pace-setting when we´ve a man in the leader´s jersey and that meant sitting on the front for much of the opening half of the stage yesterday, once the break went.

Four riders got away and once happy with the composition, we just settled into the task of riding on the front and slowly, slowly letting them fry themselves out there.

There was also a headwind for much of the day, so staying away was even more difficult for the guys out there.

The day went really quickly, actually, and though 195 kilometres is a hell of a day for anyone, it seemed to fly by – as completing it in 4 hours and 25 minutes would attest.

And most of that into a headwind too. It helps when Michael and Stefan are riding so strongly and seem to be able to just sit there on the front and churn through the kilometres effortlessly.

I´m feeling good too, though yesterday I broke the gel count record I think when I devoured 17 of them!

A big day at the Tour demands so much of your body and we need to constantly stay on top of it; that means eating and drinking all day long.

One lapse in concentration and you forget to drink, your power is down and you need to make up for it by using energy unnecessarily. Energy that can be used later on when things heat up in the final.

Speaking of the final….another seat of the pants moment for us when a huge crash happened in the middle of the bunch like a bomb going off. A touch of wheels is all it takes and 20 guys are on the floor.

Thankfully none of our guys and we´re onto today´s stage with all skin intact!

Today´s stage takes us 204 kilometres from Lorient to Quimper and ahead of us lies a day designed for Greg.

We could see an exciting sprint but the short climbs will probably select the group a bit more than usual.

I don’t expect all the pure sprinters to hang on after 2,600 meters of climbing and 5 categorized climbs, especially if we consider the 700 m at 9.1% that appear 12 kms before arriving.

Expect some real fireworks there.

This final, especially after all the climbing, looks great for Greg and some of the other classics guys.

The short punchy hills and the finish with for 4.8% in the last k will be exciting as it demands that bit of extra power in the legs.

At that point, and after 200ks only the guys who have done ´nothing´ all day will be able to go there.

We’ll be at the front once again and that will be a demanding task.

Let’s see how this goes…