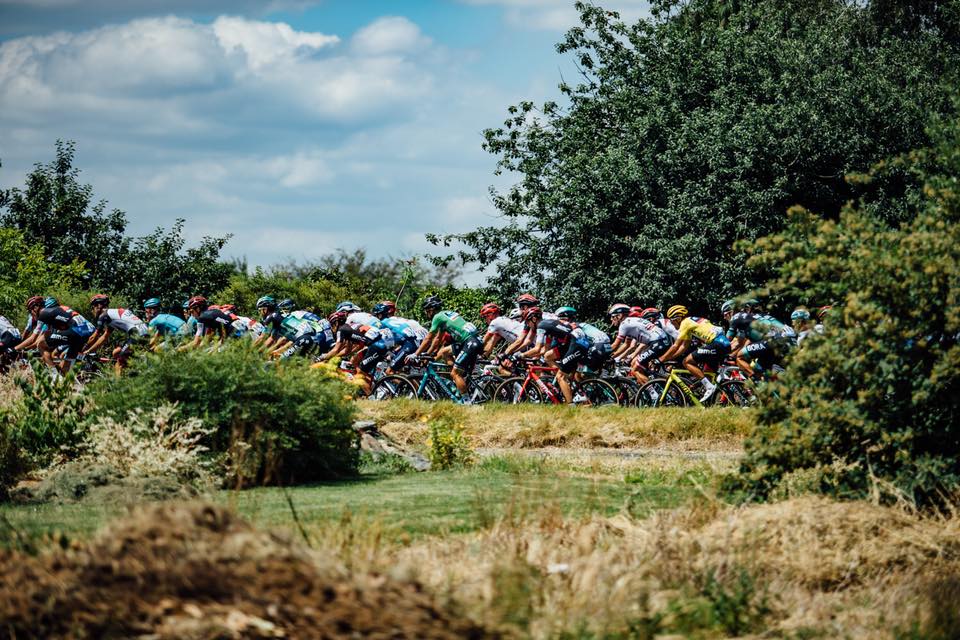 Yesterday I took the gel count up to a whopping 23 for the race so far, bumping it up from 17 the day before.

Keeping the yellow jersey is not easy and demands full focus and a huge amount of energy.

The stage from Lorient to Quimper was over 200 kilometres and as leaders of the race we went in with the dual plan of protecting Greg and keeping Richie as fresh as possible.

This means myself, Michael, Simon, Damiano, Tejay and Stefan all taking turns fetching bottles and pulling on the front.

The stage was done in just under 5 hours and we were on the front for at least 3 of that, yours truly definitely spending a large portion of that at the pointy end.

It´s a nice position to be in, actually, and I enjoy it a lot. To me, and I´ve always said this, the most important thing for me is I´m racing and we´re in the bike race and playing a major role in what goes on.

We´ve such a strong team and we´re there in every move, every day so far. Many other teams haven´t shown their hand yet, though that´s obviously not going to last and Team Sky are just waiting to hit any day now.

Maybe today´s we´ll see a shift, and if not today, there´ll be fireworks before this first week is out.

Richie likes being near the front and it´s a measure of the man´s GC credentials that he´s always up there, staying as far away from danger as possible.

Danger can come in an instant and you can be brought down to earth, literally, in a flash.

Yesterday, my Kiwi mate Dion (Smith) rode the stage in the Polka Dot jersey and I was on the front for most of the stage but a reminder of how quickly things can change is when the two of us got caught up in a crash with two others.

We were up and riding in no time, but it served as a timely reminder of how things can take a turn without warning.

Rolling around Brittany, over 2,600 metres of climbing in total, is bloody hard.

And with five punchy climbs packed into the final portion of the race I knew I wouldn´t be there to assist Greg and Richie as my work was done by then and it was over to the boys.

Greg showed his class by taking a couple of bonus seconds at the top of the last climb with 12 kilometres to go, and he´s two seconds clear of teammate Tejay in second overall.

We know Greg is going to lose yellow at some point, and that´s okay, because the race is long and it´s very early days.

I can´t recall too many teams who wanted to hold yellow from stage three, even less who actually did manage it.

Onto today then and deep in Bretagne heartland, the hotbed of French cycling.

Today´s stage finish, the Mûr-de-Bretagne was featured in the Tour back in 2011 and I remember it because Cadel Evans won ahead of Alberto Contador.

It´s a two-kilometre climb we´ll do twice, with a time bonus sprint three kilometres after the first passage. We´ll be hoping to have Richie up there fighting for that.

There´ll probably be a small group contesting the stage, and most likely a reduced group behind that.

It’s actually the kind of stage that suits Greg very well, and we´ll be hoping to have Richie sniffing around as well.