Paddy Bevin Tour de France Diary: “It was one of the most memorable climbs I´ve ever done” 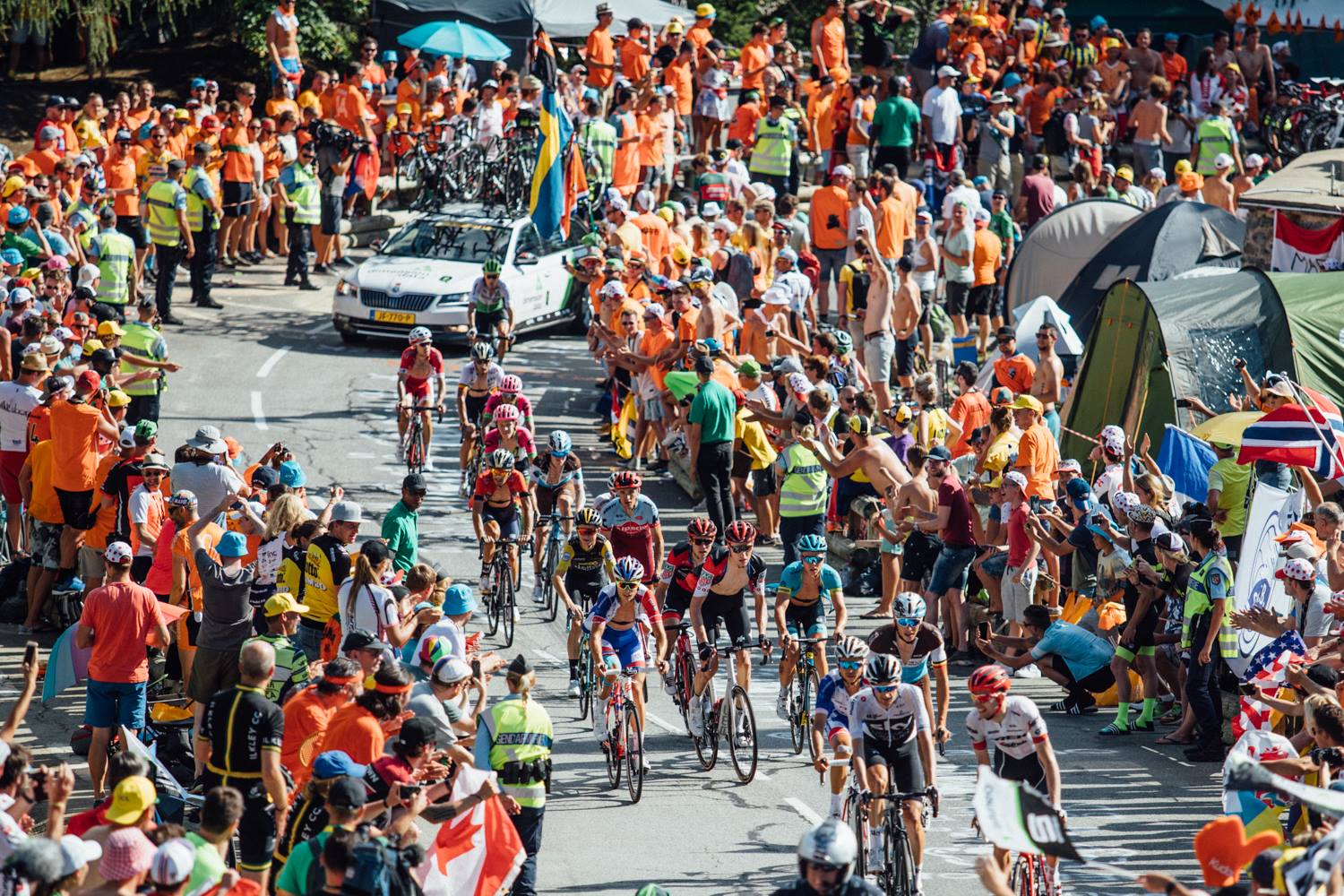 When I eventually hang up my racing wheels, yesterday is one of the days I´ll recall with very fond memories.

Growing up in Taupo, New Zealand, I remember watching the Tour de France in the black of night and counting down the days until the race would hit the high mountains.

Alpe d´Huez is one of the sport´s iconic climbs and I would smash up hills near where I lived thinking I was on it, banking into each of the 21 hairpin bends and soloing away to victory.

As soon as I saw the route for this year´s Tour last October I had it as a goal for 2018 – to make the Tour de France team for BMC and savour the atmosphere on Alpe d´Huez.

If you´re a professional bike rider, it´s the race you really want to do and Alpe d´Huez is up there as one of the truly standout places to be.

So starting into yesterday´s 12th stage, I knew it would be a fight to the finish because Team Sky had a clear battle plan to really crush the opposition.

The pace from the drop of the flag was relentless and the 160k that preceded the climb was horrible, absolutely horrible.

I have to take my hat off to Kruijwijk for his long shot solo break because that was one hell of an effort. When I heard he was 6 minutes clear of the peloton I just thought, wow, that guy deserves to win!

The hardest part of the climb is the bottom but the crowds really pull you along. They´re in on top of you, shouting and screaming and urging you for more effort.

I was neatly tucked into a knot of around 40 riders and we were literally being sucked along. You hear your name being called on occasion, you get beer thrown over you, the noise is constant, there´s smoke and flares and Dutch guys in orange clothes going bonkers.

We hit corner 10 and it was like Ireland had invaded France there was such a crew there! One man in the race to support but what an atmosphere they created!

It was one of the most memorable climbs I´ve ever done in my life and afterwards you´re just so wiped out but you think, I could do that again some day! Hopefully I´ll have many more days on it in the Tour.

Maybe I´ll be a bit further up as well! We were all safely inside the time limit, which was some consolation. After that, it´s all about getting home really. There´s not much more you can do.

The pace is still pretty solid going up and though you find it hard to get your heart rate very high up after 12 days of hard racing, my power numbers told me I was still pushing harder than maybe I´d like.

That´s the same for us all though, and even though we were almost half an hour down on Geraint, we still had to fight for all our worth yesterday.

The atmosphere in these bunches can get a little terse too from time to time, and yesterday I´d describe it as glum!

But then again, if you go out and ride 5,200 metres and get a beer flung in your face, maybe you´re entitled to be a little cranky too!

Today, thankfully, has more downhill than uphill, which is to be celebrated.

It will probably end in a sprint unless the breakaway hold out.  We´re starting in beautiful Bourg d’Oisans and before we reach Valence after 168k we have 2 categorised climbs.

With so many sprinters gone from the race now; Cav, Kittel, Gaviria, Groenewegen and Greipel it means that there are even less teams to actually want to pull back a break for the sprint.

But once Sagan is there, you know Bora-Hansgrohe will pull for him.

Hopefully today I can get a chance to recover and maybe even sniff out a break!