What the Pros Think of the 2019 Tour de France Route 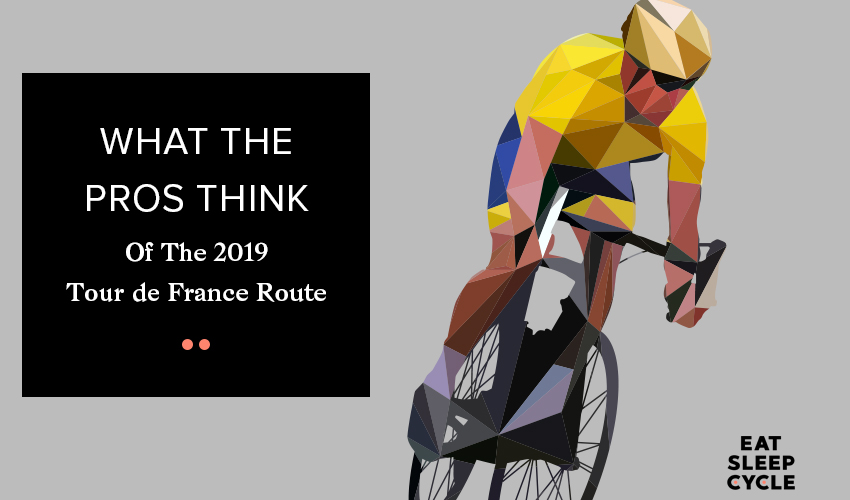 The 2019 Tour de France route was unveiled last week. It’s a brutal parcours with 30 categorised climbs and few days for the fast men. Here, in our latest blog, we gathered the reactions of those likely to do battle next July! 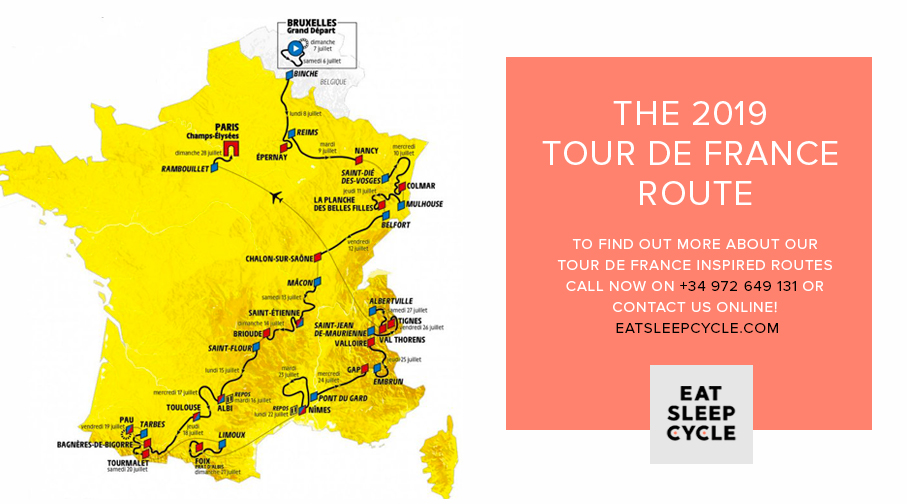 With the Grand Depart in Brussels on the 6th July the 2019 route begins with a classics-style stage before moving on to a 28km TTT. The first summit finish comes on stage 6 with the partly unpaved La Planche des Belles Filles. The race then traverses the Pyrenees in the second week before (hopefully) reaching the GC crescendo in the high mountains of the Alps in the final stages.

Now that the 2019 Tour de France route has been released we thought it would be interesting to get the opinions of pro cyclists around the world and see what they had to say about the route. As we receive more feedback from the pros we’ll update this post so make sure to check back regularly!

Toms Skujins from Latvia, riding for team Trek Segafredo, KOM jersey wearer at the Tour for 5 days in 2018 and stage winner of Tour of California had the following to say about the 2019 Tour de France route. 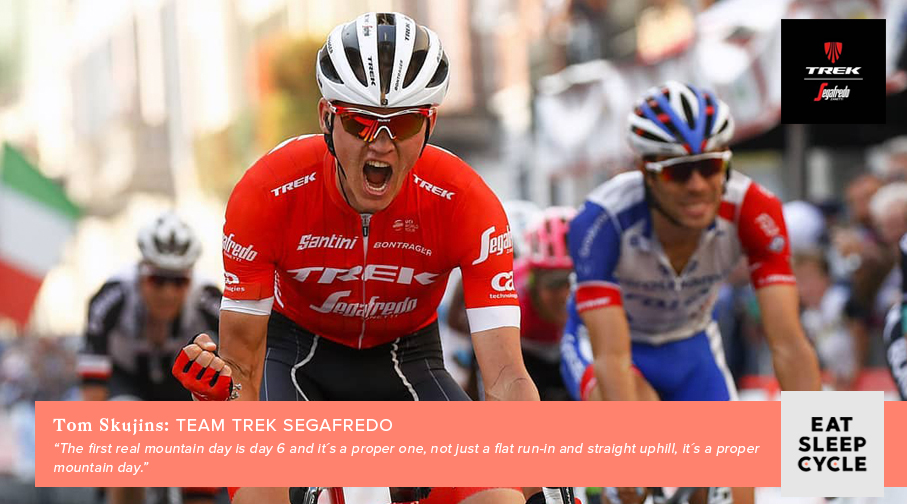 “It’s cool that the TTT is back but it´s not crazy long so the time gaps will not be huge, we could see a bit of a GC shake up but obviously until the mountains come the real GC guys will not be in the top 10. It should make for an interesting three weeks. The first week is kind of long as it´s 10 days until the first rest day which is a little bit surprising because it´s usually day 9, and then you get a rest but Saturday Sunday on day 8 and 9 are kinda interesting, especially day 8, it might be harder than people expect. The first real mountain day is day 6 and it´s a proper one, not just a flat run-in and straight uphill, it´s a proper mountain day. I think after the first 10 days we´ll get a feel for what´s going to happen, obviously afterwards there´s still a lot of hard stages, it´s not going to be over just yet, it´s always a race of attrition and as we saw this year in the Giro we lost 2-3 guys from the top 10 in the last 3 days, and they lost big!”

Amund Grondal Johansen is a Norwegian rider in his 2nd year in the World Tour and is 24 years old. This is what he had to say about the 2019 route for the Tour de France. 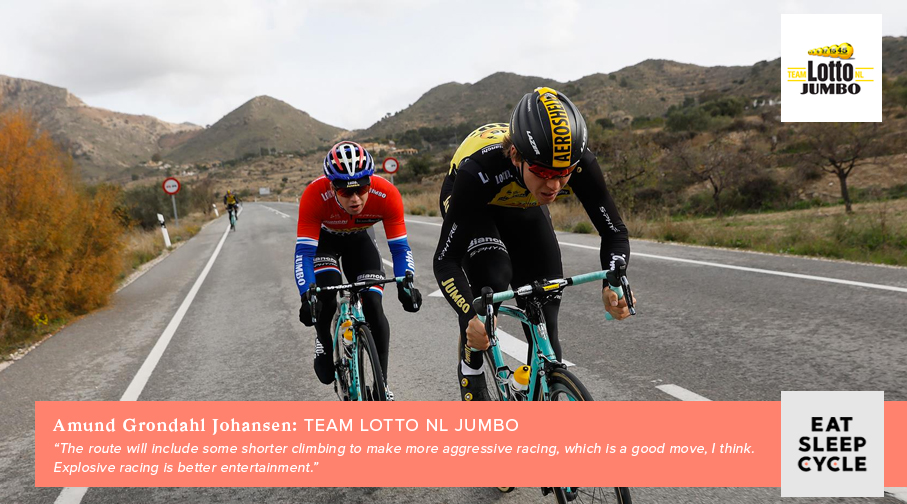 “I had a quick glance. It looks well balanced, with 7 flat stages to sprint for the win. Furthermore (Christophe) Prudhomme has said the route will include some shorter climbing to make more aggressive racing, which is a good move, I think. Explosive racing is better entertainment and creates more differences than the really hard & long climbing stages. However there´s still enough high summits with both the Galibier and Izeran in the Alps and Tourmalet summit finish in the Pyrenees. The first week will for sure be hectic and nervous on Belgian roads. As far as I can see it won´t be anything too crazy, even though we will pass the Muur van Geraardsbergen early on in a stage.The stages in the Vosges will be interesting, especially with a finish to La Planche des Belle Filles.”

George Bennett hails from New Zealand is a member of the Lotto NL Jumbo team. In 2018 he finished 8th on GC at the Giro d’Italia and he had this to say about the 2019 Tour de France route. 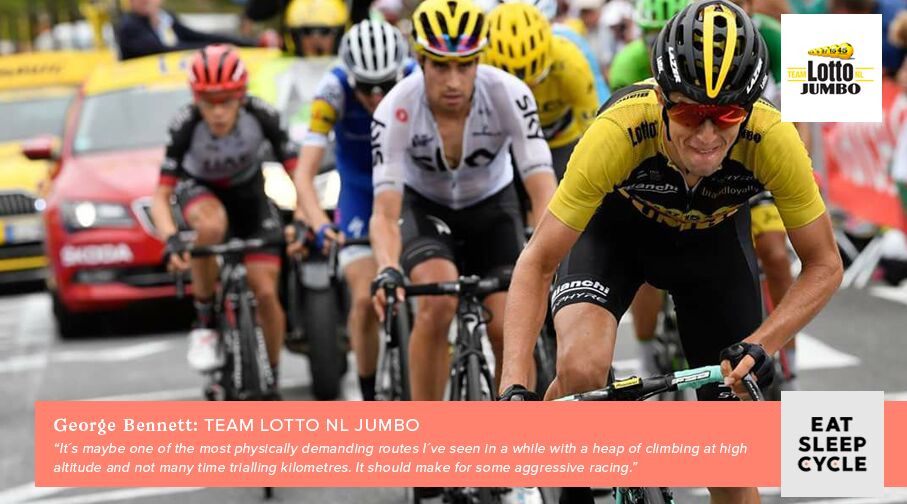 “For a guy like me 2019 is a pretty exciting route, I think they are making life as difficult for Team Sky as possible. It´s maybe one of the most physically demanding routes I´ve seen in a while with a heap of climbing at high altitude and not many time trialling kilometres. It should make for some aggressive racing.”

Dion Smith of Wanty Groupe Goubert was a Polka-dot jersey wear in the Tour de France 2018 and is excited about what the 2019 Tour de France route has in store. 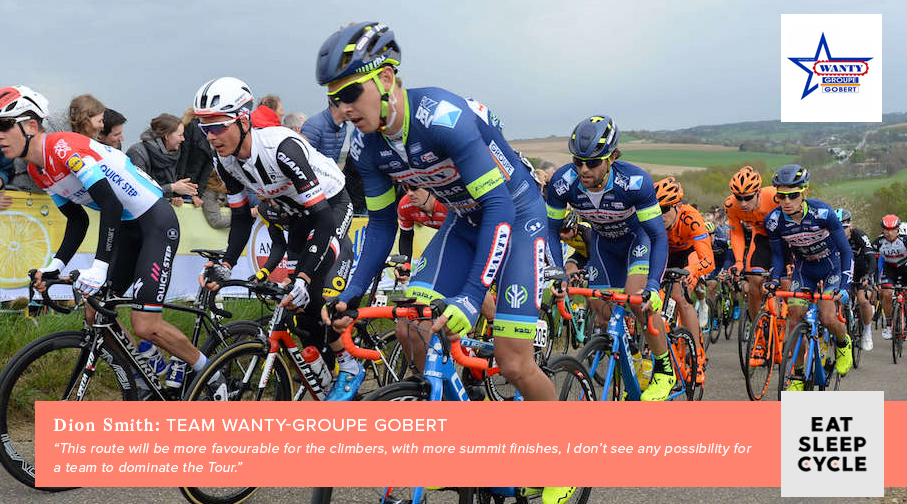 “I think this Tour de France is very exciting. This route will be more favourable for the climbers, with more summit finishes, I don’t see any possibility for a team to dominate the Tour, because a lot of riders can show themselves in a wide range of stages. Will be a good watch!”

Also in agreement that next year´s route is on the extreme side is Kiwi all-rounder Paddy Bevin who will ride for the CCC team in 2019 after two years at BMC racing Team. 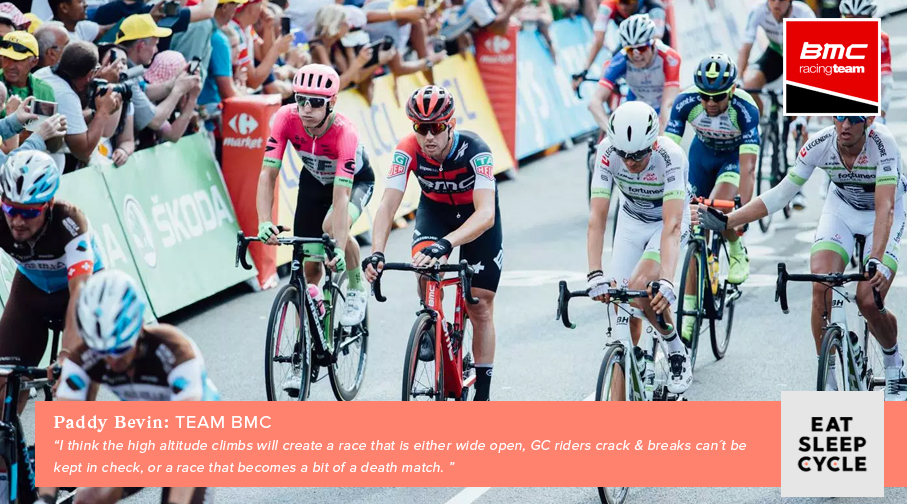 “The Tour route is interesting; I think the high altitude climbs will create a race that is either wide open, GC riders crack and breaks can´t be kept in check, or a race that becomes a bit of a death match. I´ll obviously be hoping for the former so breaks can get a little more slack to perhaps try and try for the stage.”

Now that the 2019 Tour de France route has been released the anticipation is building. As we get more feedback from other pro cyclists we’ll update this post so make sure to check back. If you’d like to sample the classic climbs of the Tour de France for yourself check out our Tour de France Pyrennes Cycle Tour – for more info give us a call on +34 972 649 131 or contact us online!