Paddy Bevin Tour diary: “We were completely across the road and still riding at almost 400w.” 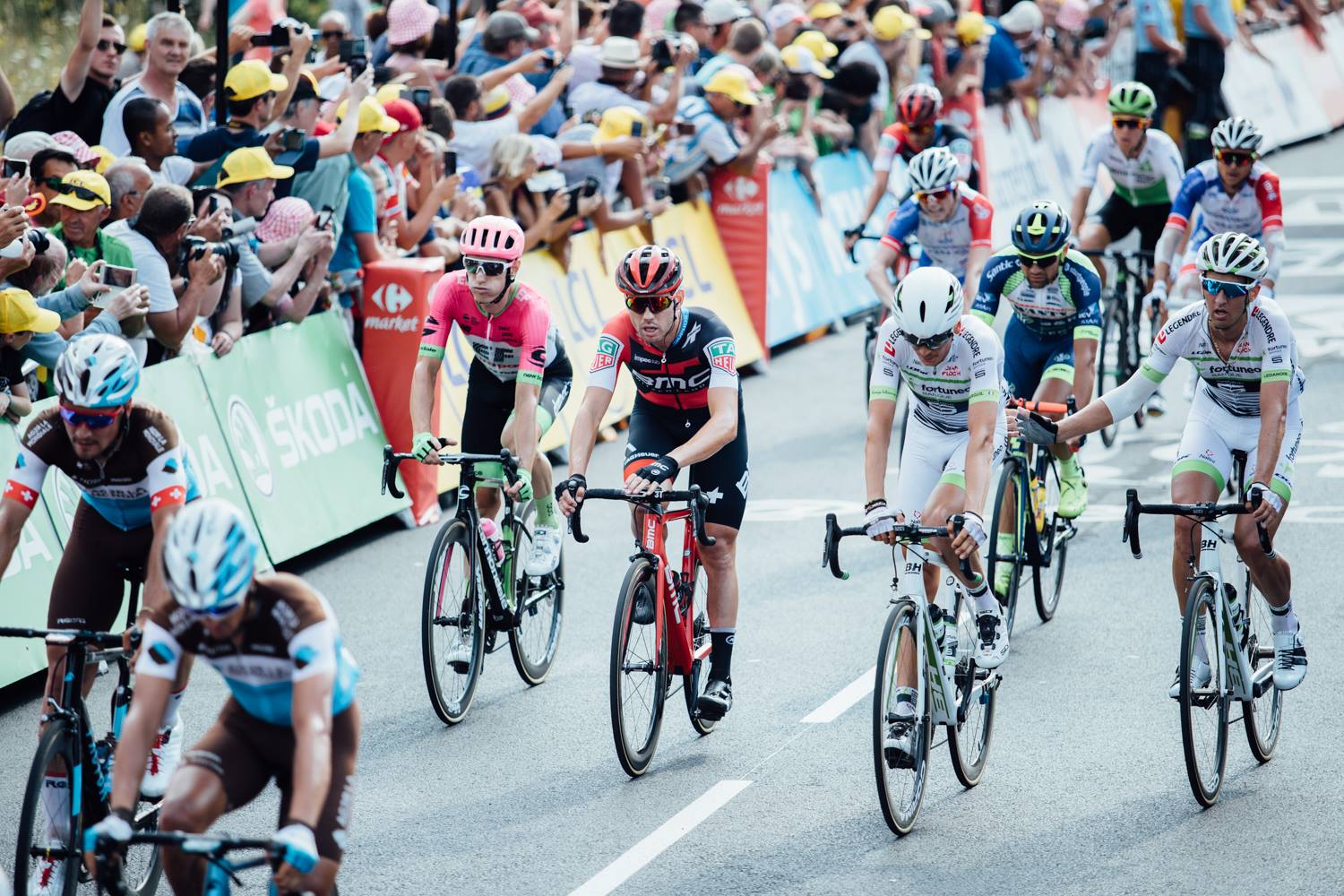 Sorry if we bored you yesterday! Let´s get that out there before we start, shall we?

It was the longest of the race at 231 kilometres and on a pan-flat course, it was always going to be a day for the sprinters.

After the madness of the opening six stages I think everybody was keen for an ´easier´day and an average speed of just 40 kilometres an hour would suggest that.

But that doesn´t paint the full picture for a guy who spent over half of it towards – or on, the front keeping sketch.

There are no ´rest days´ when you have to ride 231 kilometres and for me, it was more of the same of the babysitting role I´ve done for the opening week.

By babysitting I mean constantly checking on Richie and Greg who is our GC leader and man in yellow, respectively.

We like to think Greg is minding the jersey for Richie and will pass it over to him when we get into the Alps next week! But let´s not get ahead of ourselves just yet.

Back to yesterday and as easy as it may have looked on TV, it was another day on tour for me.

For the last 120k I had to be on point and ready to be right there for my team.

Whenever there is wind there is danger and stress as some teams, namely Ag2r La Mondiale on this occasion, tried to split the race in the crosswind.

They do that by basically riding hard when the wind is buffeting us from the side, forcing a sharp rise in the pace.

They ramp up the speed and you can almost imagine a bell sounding to warn the peloton of impending danger and the safest place to be is at the very front!

It just puts the whole bunch on edge and anyone at the back is thinking, ´f***, time to get out of dodge´.

As it happened, a few GC men missed a split but the wind died down, their teammates went back for them and paced them back up. But it´s stress we can do without and energy we need to save.

At one point we were completely across the road and still riding at almost 400w. That´s a lot of power just to stay in front.

I read last night how some guys used the stage to chat and mingle and shoot the breeze with each other. Not me, though. I don´t really get time to chat, though I catch up with the Kiwi guys when I can.

It´s funny how the four of us live in Girona: that´s me, Dion, Scully and Jack but we use a Tour stage to catch up!

Anyway, we all got through it again, so it was another successful day defending yellow.

That brings us on to today which starts in Dreux just west of Paris and heads north for the finish in Amiens, with 181 kilometres ahead of us this afternoon.

Arnaud Démare is from the area and he will be among the favourites to win the stage as it is more than likely going to end in a sprint.

Speaking of the sprint stages, how hectic are they? I can´t recall a time when there was such an amount of fast men in the bunch and I could probably rattle off the names of 15 guys who can justifiably fancy it today.

Greipel is among those and he´ll be hunting his first win of this year´s race having also won in Amiens three years ago.

There´s likely going to be echelons, but maybe nothing strong enough to rip the race apart and with a wicked cobbled stage awaiting us tomorrow I reckon teams are wanna keep their powder dry for that.

That latter climb is over 100 kilometres from the finish, so expect another helter-skelter finish because the sprinters might not get another shot at it for a while!