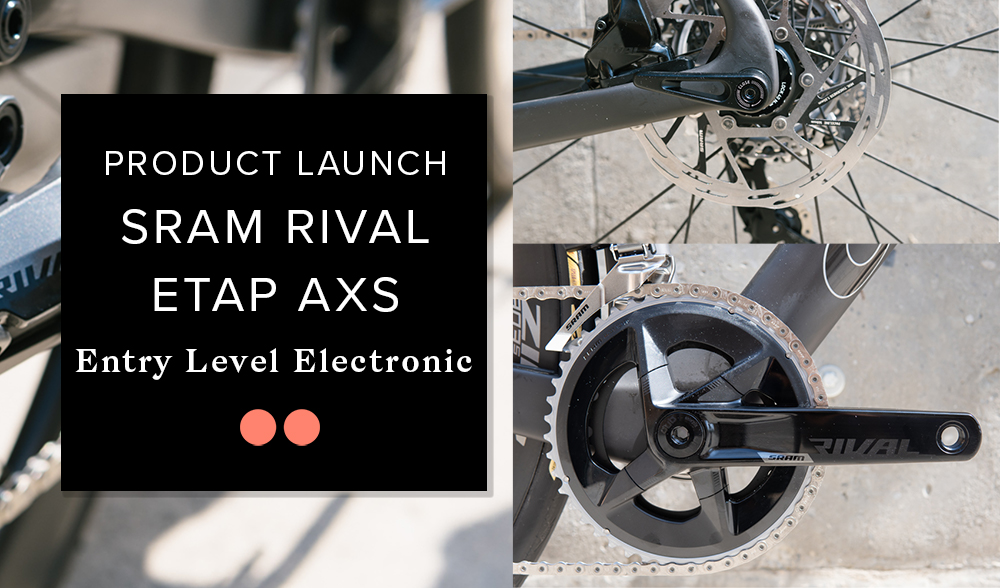 Sram have announced their latest release, a market-leading wireless groupset, cementing their stance that electronic shifting is something they want to make accessible to all riders.

We asked the Eat Sleep Cycle team for their first reactions.

It’s a game-changer in the world of electronic groupsets. More people are going to be able to afford a full electronic, wireless groupset. It is nice, it’s a step forward in design for Rival after a long time – for example the crankset is much nicer. It’s super sleak & stealthy & has the looks of the more expensive options. 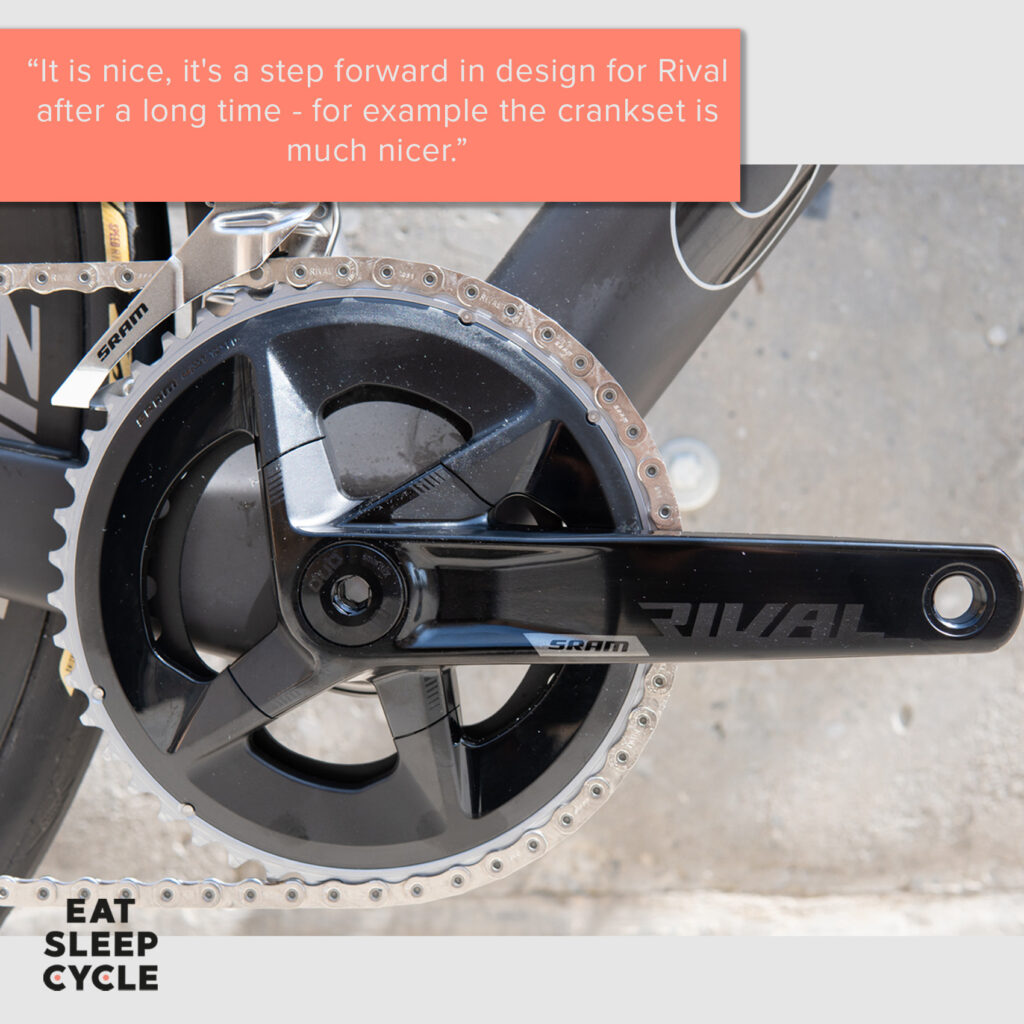 I think it’s nice that they bought the same tech from the higher end groups to the lower end. Together with the new GX you can make an affordable mullet set up; pairing road shifters & a mtb derailler gives you a 1 x high-range groupset at a much more affordable price.

I think that going 100% electronic is definitely the way to go. Just because you’re on a smaller budget you shouldn’t be denied an electronic groupset. Sram are going the right way there. Also it looks super cool, stealthy black. I also can’t wait to see what’s next for Force & Red. 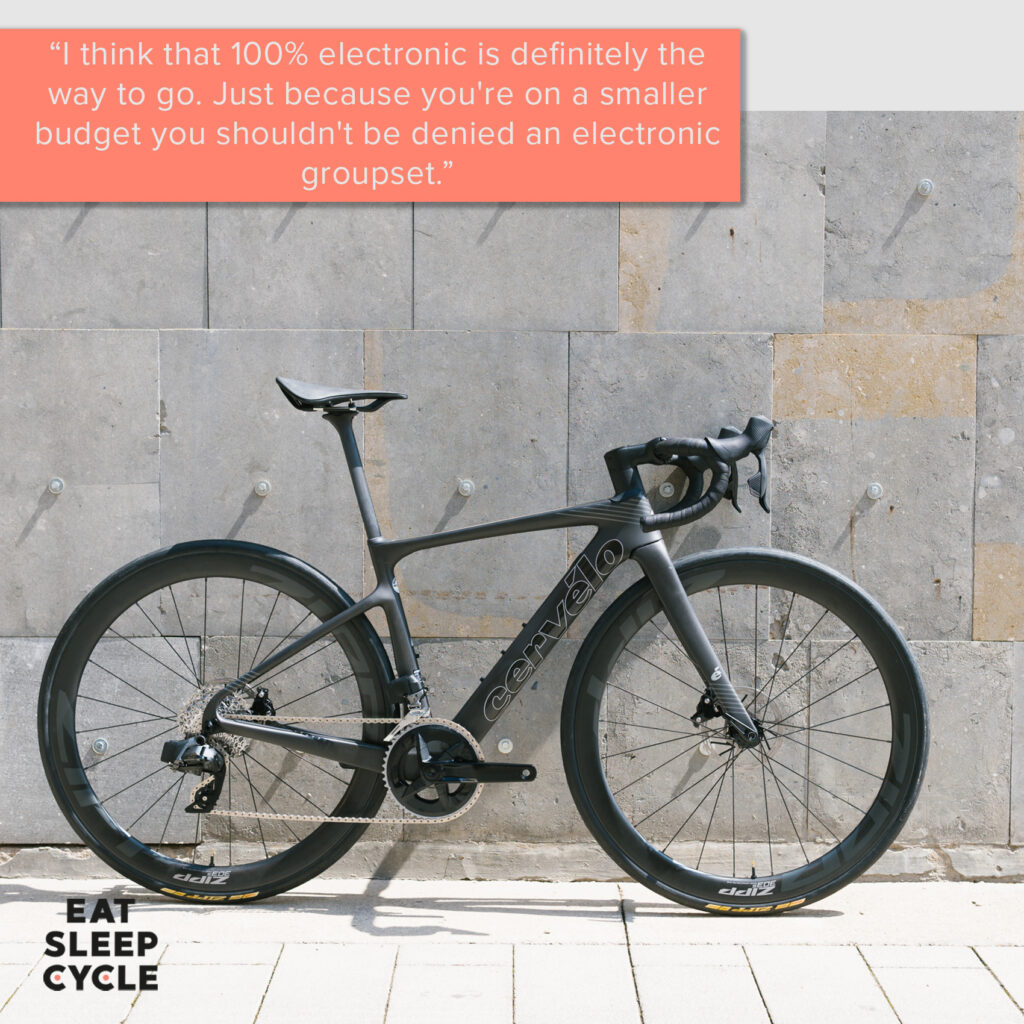 With 3 electronic groupsets in the range, let’s take a look at what defines each one:

How much does Rival eTap AXS Cost?

*VAT included with £ and € pricing.

The groupset is avaialble to order now in store. 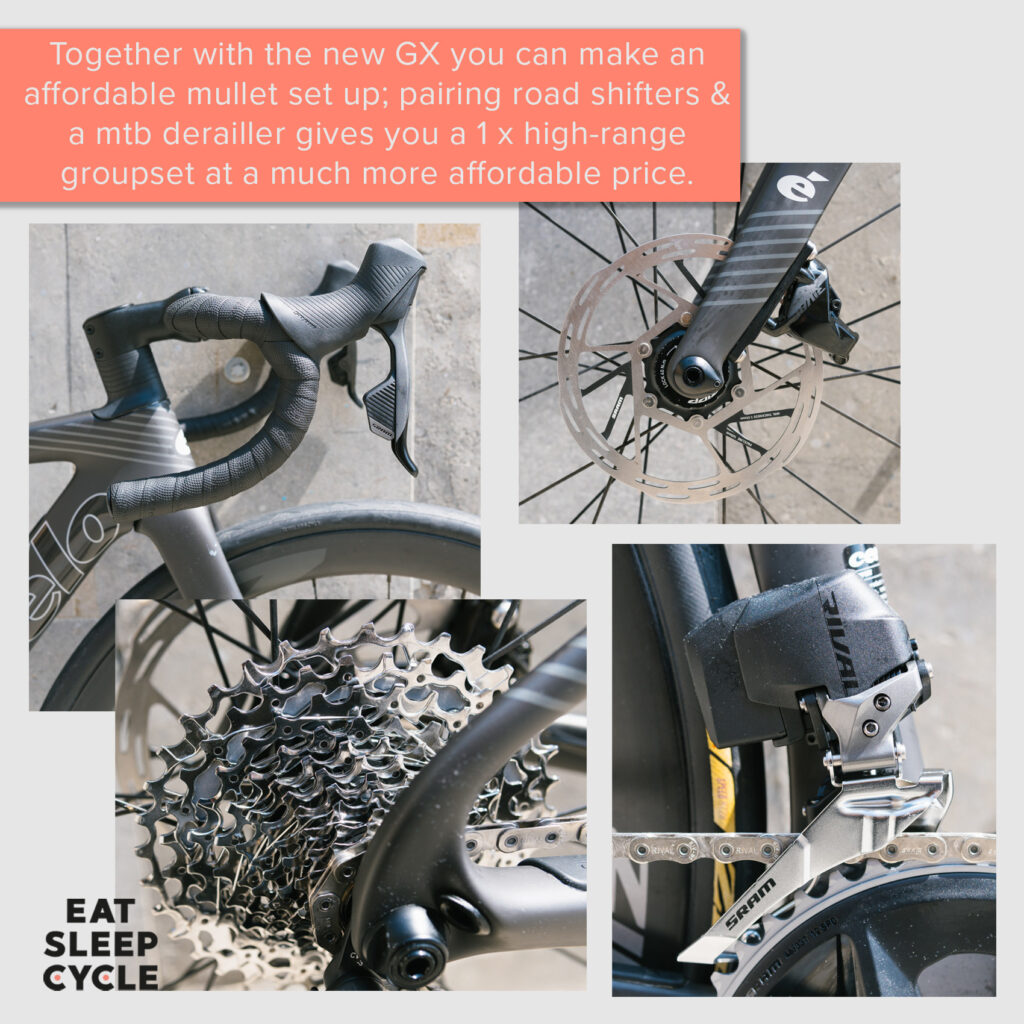 We are a Sram test centre & have a number of Demo bikes equipped with Sram groupsets – ask us about a test ride! Our rental fleet also contains Sram bikes – head over to our bike rental page to select your dream ride for your visit to Girona. Rest assured that bikes equipped with Rival eTap AXS are coming soon!