Is the Vuelta better than the Tour? Here’s 6 Reasons Why We Think It Is 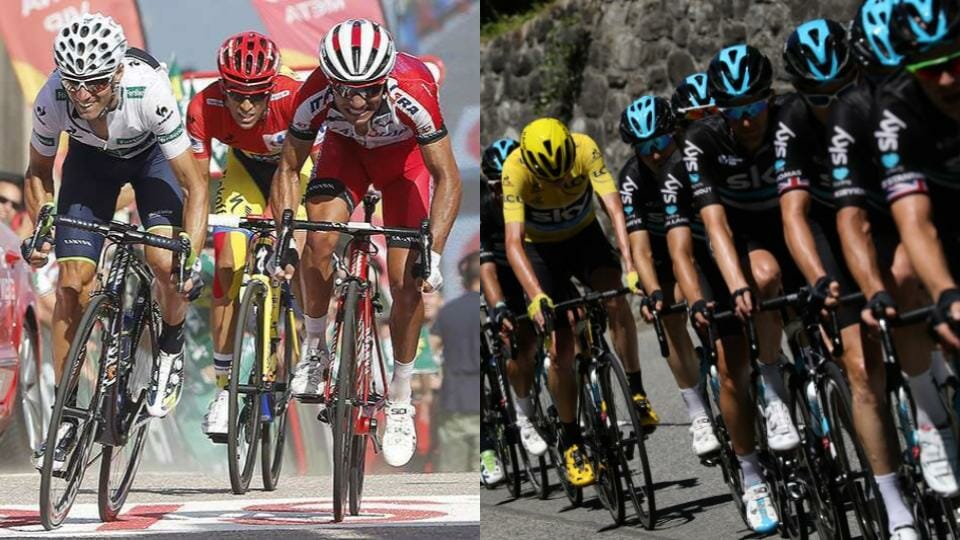 It’s late summer in Europe, the season is drawing to a close, the classics are a distant memory, the excitement of the Giro and the Tour are behind us and something needs to fill the void: step forward La Vuelta a España. However, La Vuelta is more than just the poor relation to the other grand tours; Spain provides a fantastic landscape for cycling. Here’s why we think La Vuelta is better than it’s Gallic counterpart:

A mix of those for whom luck or form wasn’t on their side at the Tour and are seeking that missing win, those searching form for the world championships and young guns itching to show off their ability makes for explosive racing. There have been 8 different winners of La Vuelta in the past 10 years, which is a testament to the variety of the racing.

There’s no such thing as a siesta in La Vuelta! The Vuelta is known for being the preferred parcours of the climbers for good reason: shorter, punchier stages make for aggressive and exciting racing. Those who cured their insomnia during the 200 km+ formulaic sprint stages of the Tour can expect no such rest from it’s Spanish counterpart. Only one stage of the 2018 Vuelta is over 200 km in length and there are also 9 summit finishes to look forward to. Stage 20, up to the Coll de la Gallina in Andorra, looks to be the deciding stage with 4,000 metres of ascent in just 105.8 km.

Of the aforementioned 9 summit finishes in this year’s race 3 are brand new, the first is on Stage Four in the form of the 16 km long La Alfaguara climb in the Sierra de Huétor Natural Park. Next comes Les Praeres de Nava on Stage 14: 4.7 km at a grueling 13.5% average which is sure to get the pure climbers out of the saddle off the front. Lastly, the conclusion of Stage 17 will feature the debut of Balcon de Bizkaia after 166.5 km through the Basque Country.

La Vuelta’s marginally lower profile coupled with Spain’s rather more chilled attitude to life means that riders are not fielded around in such a tightly controlled environment compared to the Tour, which is good news for media and spectators alike as it makes contact with riders at the start and finish areas more accessible meaning chatting to riders and getting the obligatory selfie is easier…

The Spanish late summer weather is perfect for both racing and spectating. The oppressive heat of mid-summer has dissipated but autumn cold is yet to draw in. If the Giro is known for adverse weather affecting the outcome and the Tour for its scorching July heat then the weather at the Vuelta is barely newsworthy when it comes to the race as you can expect middle-ground temperatures and sunshine. That being said look out for any Pyrenean and Basque stages where weather is never dependable!

Younger riders who have performed well throughout the season are generally given a chance to prove themselves over three weeks at the Vuelta meaning we get to see the potential future stars in action. These riders also generally light up the race as they are keen to ride aggressively and justify their place on the roster.

Like the sound of the Vuelta climbs? Here’s how to ride them with Eat Sleep Cycle:

Liked this blog? Subscribe to receive weekly updates & don’t miss our Vuelta Series coming at you from the end of August.