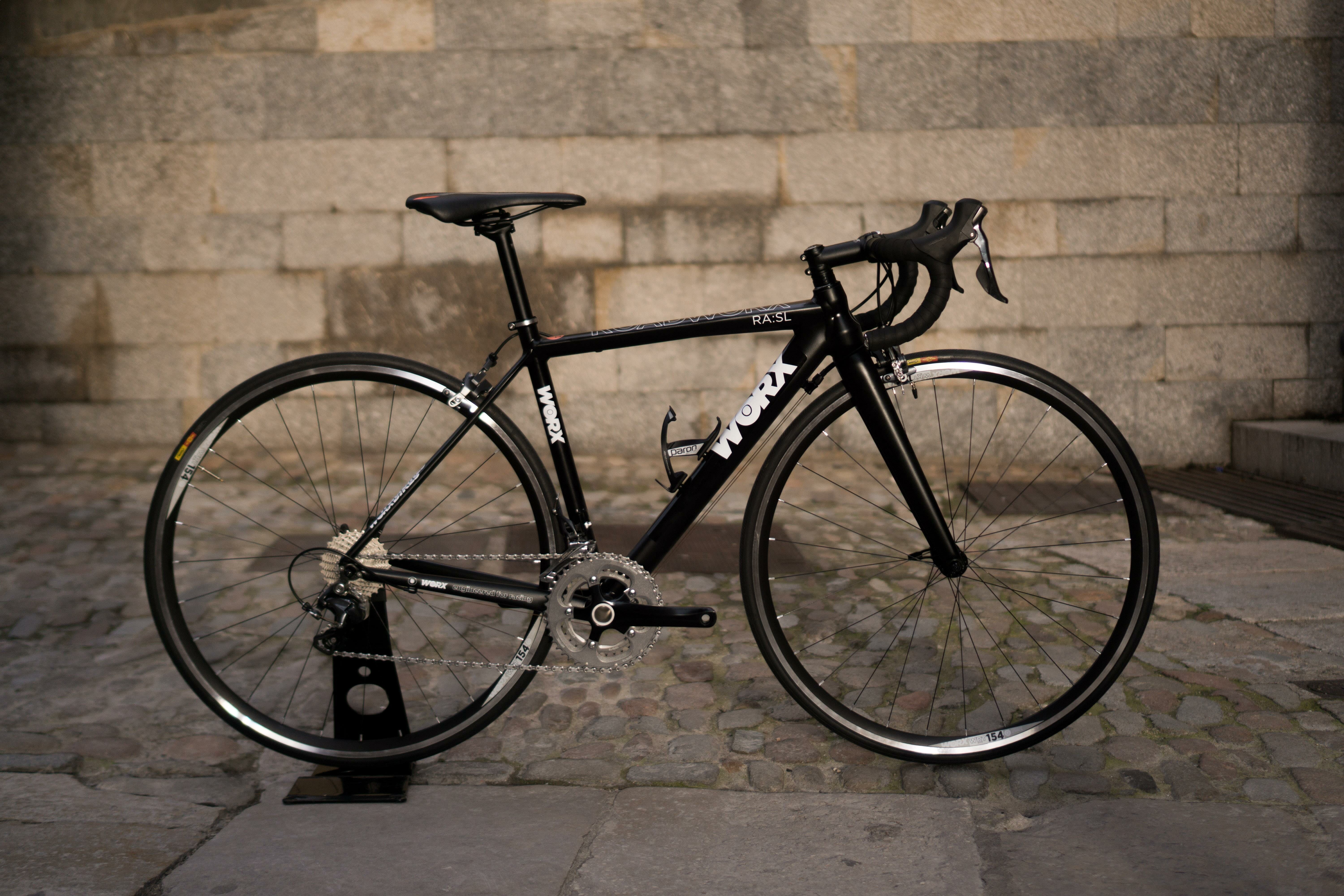 Worx is making big waves in the world of small bikes and we’re proud to welcome an XXS Worx RA SL to our rental fleet. Perfectly proportioned for smaller riders the bike handles like a dream and marks a satisfying end to having to ‘fit’ small riders to a bike that’s just too big.

I sat down with John Wylie to find out a bit more about the company, how it all started and what makes their bikes unique (John was tucking into a post-Vallter Slayer, Federal Cafe avocado and eggs at the time).

Worx is a small UK company which produces around 200-300 bikes a year and is the result of Mark, MD of Reynards Racing Cars, trying to find a decent bike for his son to race on. He couldn’t find anything in the youth racing bike market and so set about designing his own.

Enter Barry, chief designer at Reynards Racing Cars, who drew up designs for a bike that could be used for both cyclo-cross and road for youth riders. And here comes Worx’s groundbreaking logical thinking that big bike brands seem to steer clear of: no compromise for small people!

Big bike brands design their bikes around an average frame size of 54-56. If you’re lucky enough to ride a 54-56 bike you’ll experience a bike which handles well and is beautifully balanced. If you’re not you’ll likely be riding a bike with the same standard sized components as used on the 54-56 (so same crank length, same fork length, and a weird fork rake angle to compensate). These standard sized components are used throughout the whole size range to cut down production costs. The result is a reasonably horrific, if not downright scary ride experience – ok, I’m being dramatic, but this starts to explain my past history of useless descending, slow cornering and an over-awareness of toe overlap when riding slowly.

Worx have taken the radical step of designing each size frame from scratch and tailoring the geometry accordingly. The result is a no-compromise small bike which rides just as well as those holy-grail 54-56 bikes. The whole frame is designed around small cranks – if a bike is going to be ridden with 160 mm cranks then the fork rake can be in it’s optimum position for handling, not for avoiding toe overlap. The bikes are finished with narrow bars (ours are 36 cm) and specced with the groupset of your choice. Last year my race bike had a 60 mm stem so I could reach the brakes, this year my Worx has a 90 mm stem. Cornering bliss.

It’s a mystery to me why all small people (ie. those riding bikes smaller than a 54) are not jumping on the Worx bike-wagon. John cites a lack of knowledge in the target market, the power of mass-market branding and the huge problem of competing with mass production. Worx do small production runs (no pun intended) and costs per bike are accordingly higher.

Worx bikes are currently aluminium but the huge investment needed to set up carbon production is currently being made (I’m quite excited by this). Aluminium is perceived as secondary to carbon for a race bike. But, as John rightly points out,  standard grade carbon used in mass produced frames is equivalent to the high quality aluminium used by Worx. If you’re a weight-weenie reading, John built his son Dan’s Worx to sub 7 kgs, way lighter than his daughter Sophie’s plus 8 kgs Pinarello. (We’re both working on Sophie to convert to a Worx, she’s a sucker for the branding!)

So, if you’re a rider on a bike smaller than a 54 and in the market for a race bike look up Worx and experience what a bike is supposed to feel like. If you’re a rider under 5’2″ and coming to Girona, hire ours and take it for a test ride!

Thanks go to John for sharing the Worx story with me and for introducing Worx to my cycling life.

Read more about my hunt for a little bike in my blogs: The Struggle is Real: Kick Ass Bike for Short Arse People and To Steel or not to Steel?