5 Reason’s Why I Am A Sram Convert 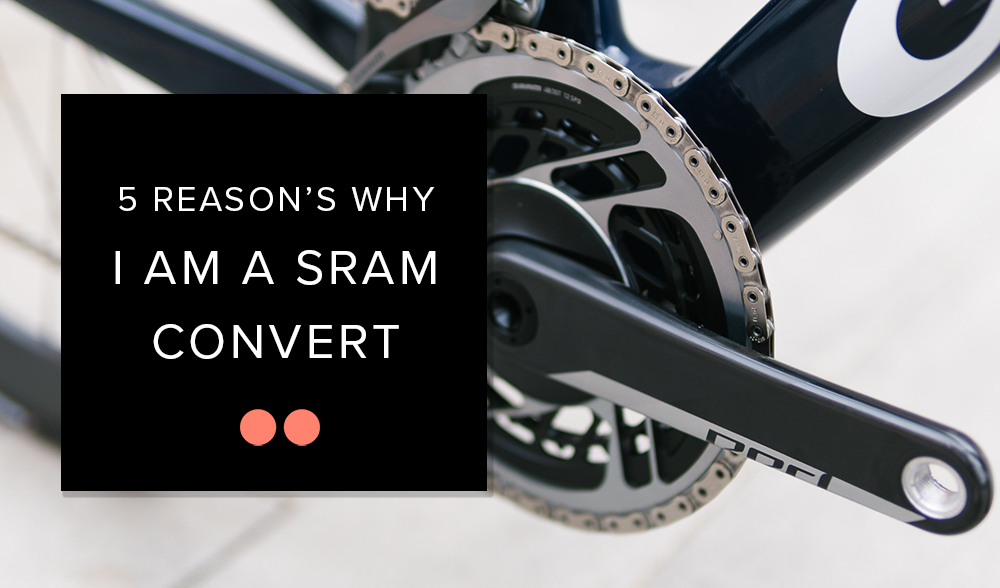 In the days before a big Sram product launch (standby for April 15th!) Eat Sleep Cycle founder Lee explains why he’s a recent convert to Sram.

I confess – I am a SRAM convert. I am a roadie at heart and up until recently had been riding race bikes equipped with Shimano all my life. In this article I will tell you the 5 reasons why I have switched to SRAM & why I’ll be sticking with it.

1. Sram has a wider gear range

The 12 speeds on the ETAP AXS groupset provide more range and tighter steps. At first sight I was almost confused by the SRAM chainring sizes, where is the 53-39 and the 11-28 that Shimano provide?! After just one ride I was already convinced that SRAM gearing provides more options for that right gear, going uphill, downhill and on the flats. I found myself jumping between the small and large chainring at the front much less and just that feeling of finding the right cadence – it felt great!

If you ride electronic gearing and you are a busy person you have probably been caught out with a flat battery mid ride. This happens to me more than I would like to admit! In the past, with Shimano Ultegra di2, it has been a laborious ride back stuck in the small chainring at the front and little at the rear. It leaves no room for a steep hill (ouch knees) or fast flat section (spinny spinny) for that matter. When my SRAM Force AXS rear derailleur ran flat recently I simply swapped the battery from my front derailleur, which allowed me not only to get home but to complete my valuable lunchtime ride which included a series of steep hills. I was blown away by this capability, really designing real life situations into the groupset functionality. Plus I had a damn good ride which would have been interrupted with a Shimano electronic groupset.

I really wasn’t sure about the larger levers of SRAM ETAP AXS compared to both Ultegra and Dura Ace di2, mainly due to aesthetics. But after several longer rides what I realised is that there are more positions to put your hands on the hoods. More positions means less wear and fatigue in one same position. Especially as I get older and the inevitable aches and pains start, I really respect having the ergonomics considered in the groupset and not just the looks. Now I will never go back to a smaller hood.

If like me you have always ridden with Shimano this could be, even if you don’t admit it, the biggest reason you do not change over. With Shimano di2 the left lever is for the front chainring and right for the rear cassette. With SRAM the left lever shifts down and the right lever up the rear cassette and pressing both changes the front chain ring. I was surprised how quickly this came naturally to my riding. As well as giving a precision and certain change, it just now feels right making the majority of my changes with clicks to the left (down) and right (up) levers, rather than on the same right lever. I can change gear mid stroke on a climb or in a critical sprint against the team on the lunchtime ride!

5. Wireless is the Future – & Sram Have Already Done It

Whether it is behind the tv at home or on my race bike I do not like cables. As an engineer I completely respect the need for cables but when given the option I will always go for without. It’s so much cleaner, tidier and organised in every application. I have ridden a lot of Shimano di2 bikes with batteries and junction boxes in various places. Whether it’s a cable connection coming loose on one of the derailleurs or the cable catching in the seat tube of the frame, cables are prone to errors, I have seen it time and time again. So wireless for me absolutely is the way to go. 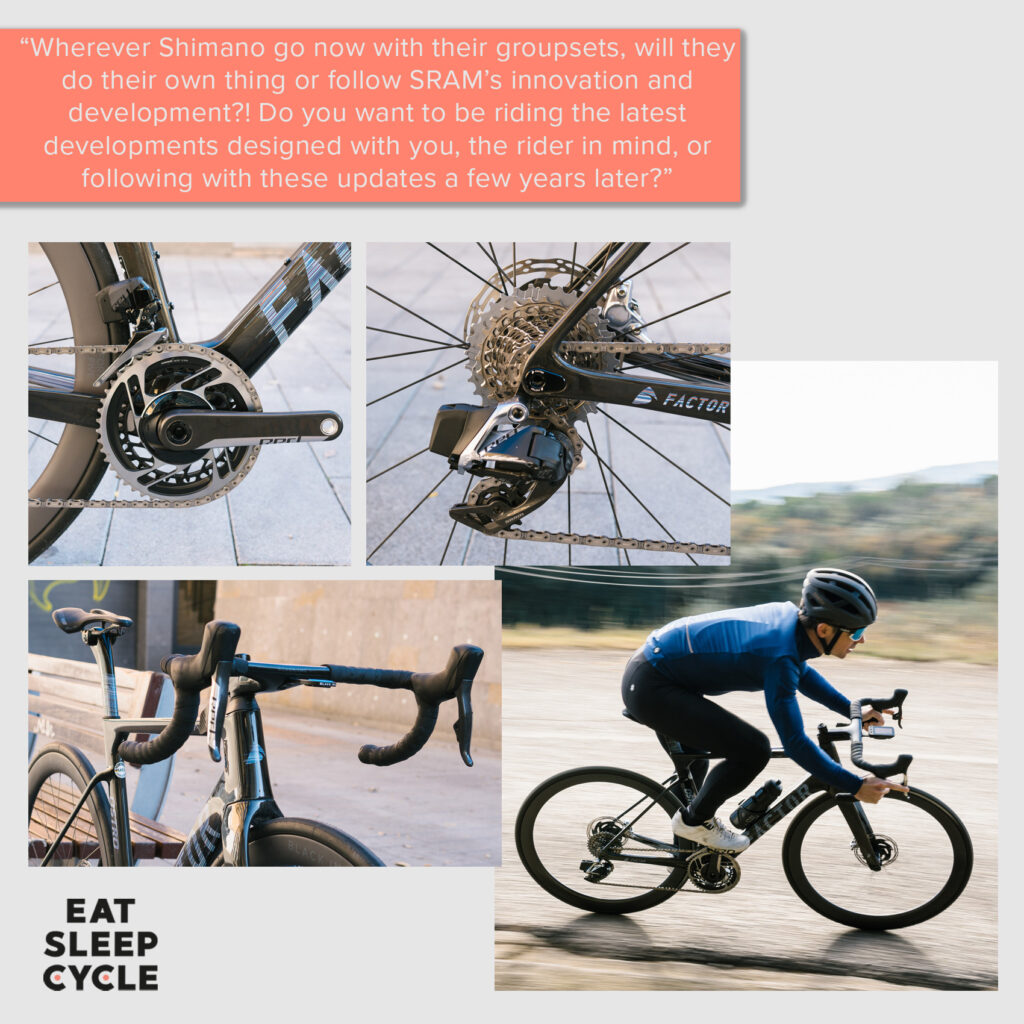 Leading the way in innovation & development

Whilst there are many more features of SRAM ETAP AXS that make it great (like analysis and programming) these are the 5 reasons why I am a SRAM convert. I will leave you with one last thought. Wherever Shimano go now with their groupsets, will they do their own thing or follow SRAM’s innovation and development?! Do you want to be riding the latest developments designed with you, the rider in mind, or following with these updates a few years later? For me, I am well and truly converted and will ride every development SRAM offers to me on the road. Chapeau SRAM Road!

We are a Sram test centre & have a number of Demo bikes equipped with Sram groupsets – ask us about a test ride! Our rental fleet also contains Sram bikes – head over to our bike rental page to select your dream ride for your visit to Girona.