Arcalis and the start of a beautiful love affair with cycling 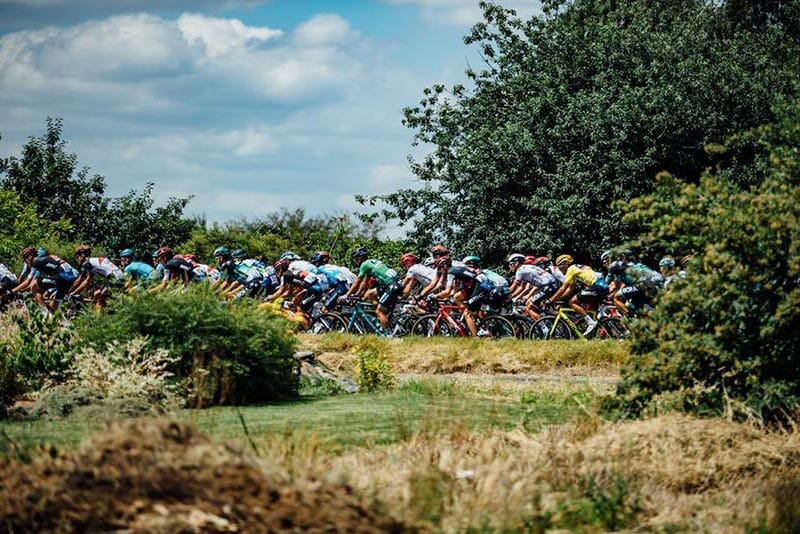 Brian Canty writes from Andorra and reflects on the glorious racing this small mountainous country has hosted – from Jan Ulrich in the 1997 Tour to Dan Martin ripping up the field in yesterday’s race.

Watch as Jan Ullrich rides the peloton off his wheel on stage 10 of the 1997 Tour de France. Watch him set the pace at the front, give a look back to see where his Telekom teammate Bjarne Riis is and then blow the thing apart. This clip is among my favourite cycling moments…or it was until yesterday.

There was a neat symmetry about it all this past weekend, being at Arcalis, Andorra.

It’s a climb I’ve yet to reach the summit of but I’ve watched one particular piece of Tour de France footage on it so often I feel like it’s one I know more than any other.

We all have our favourite cycling clips but for me it’s stage 10 of the 1997 Tour and that moment Jan Ullrich simply blows the field away.

Whatever he took to facilitate his performance that day is for another discussion but being back there yesterday for stage nine of the 2016 Tour was no less of an enthralling and enamouring experience.

Ullrich and co. rode a ghastly 252 kilometres there en route to the summit and for the then 23 year-old German it took an inhumane 7 hours 46 minutes.

The video appealed to me – and continues to, in so many ways; that nonchalant face of Ullrich, that glorious pedal stroke, that moment he goes back to the team car to get the word from his DS to go for the stage because team leader Riis is fucked. It was magic.

The front group was down to just a handful with Marco Pantani and French favourite Richard Virenque among those in there chasing the stage and the overall.

So too were Riis and his understudy Ullrich, the latter looking like he was out for a Sunday spin, so easy was the effort. Riis, on the other hand, was at the mercy of the young pretender who could drop him at any moment.

There was something about the video, the grainy pictures I’ve watched endless times on YouTube, the commentary I’ve listened to in at least four languages on various streams, the backdrop of screaming fans and blistering sunshine.

When on a work placement in Australia in 2007 this love affair with the video and Ullrich became particularly intense because those I was working with were Ullrich ultras.

We’d stay up until 4am to watch the Tour – always prefaced by beers and those Ullrich clips, the best of which was that magical day to Arcalis.

Those I happened to work with did a remarkable impression of the Australian commentators who were reporting on it at the time and I think, though some will disagree, my own impersonation was pretty satisfactory too after years of practice.

“He’s such an assured young maaaan….only speaks German….he had a tough upbringing and here he is tearing the Tour script to pieces….on the road to Arcalis….”

If you haven’t watched the clip, you should.

Anyway, fast-forward 19 years on and it’s an Irishman doing the inspiring; Dan Martin not exactly stomping away from the peloton like Ullrich did – and thank God for that, but no less inspiring.

“Pride drives him to the end” was how his closest follower and biggest fan put it in a text late last night.

And he wasn’t wrong, because Dan went down to the deepest, darkest recesses of what he can give and came up with just enough to save his Tour.

He might not win the race outright but one thing is certain; if there is a way Dan Martin will find it.

He’s one of the very, very few riders to have actually ridden away from the Sky train that has become all so boring and predictable in the biggest races in recent years.

The 2013 Volta A Catalunya saw Martin jump clear on the road to Port Aine – and stay clear to take stage and overall honours.

His performance yesterday was stirring at the least and inspiring for the way he fought to stay with the ‘Froome group’ that had been whittled back to five.

He was dead and buried with a couple of kilometres to go, was Martin, but he found something from somewhere to haul himself back up to the group as the rain pelted the surface and fans pleaded with him to stay in touch with Froome.