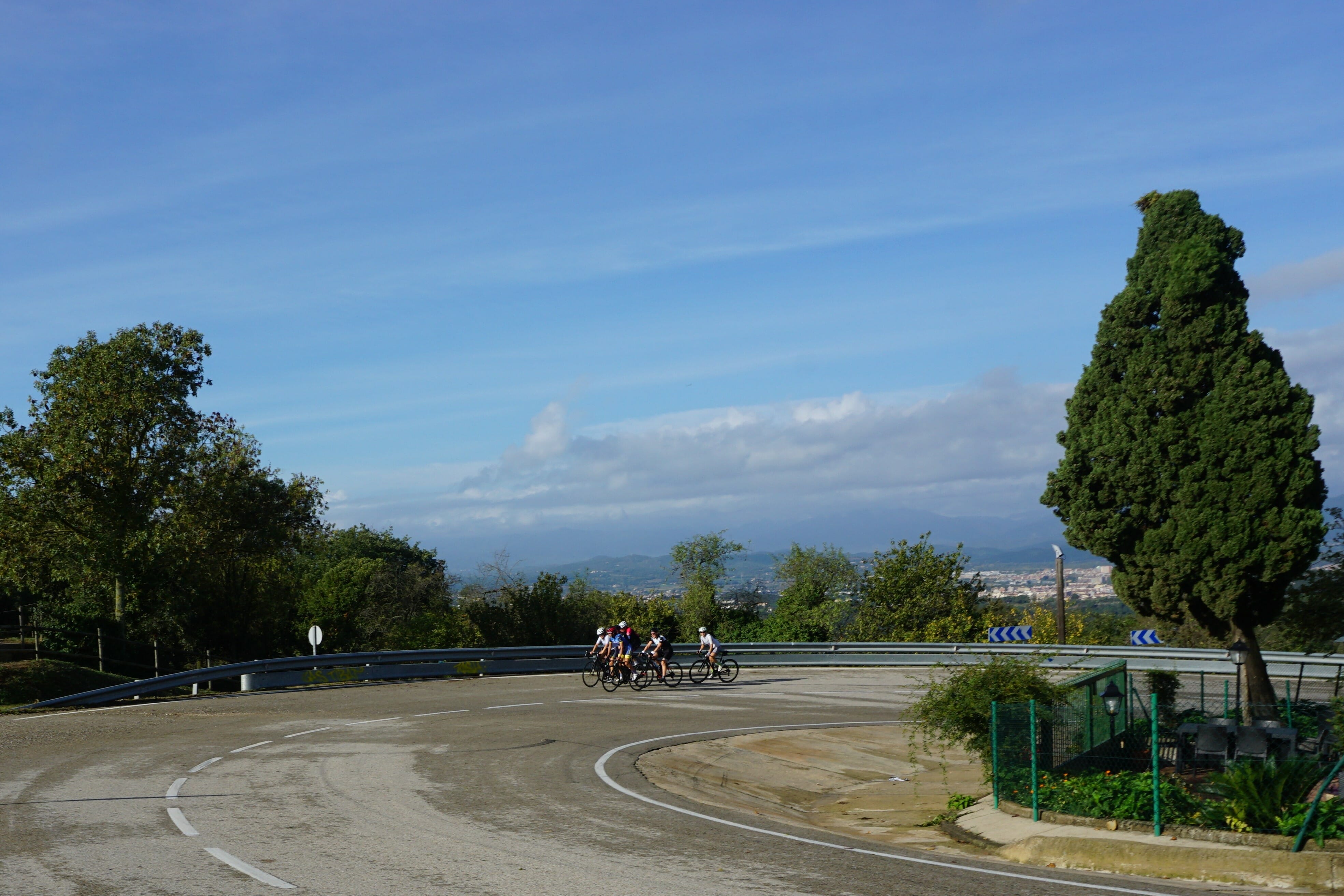 Els Angels, often mistakenly called “Hells Angels” by Girona newcomers (a simple error in pronunciation, not down to its difficulty…read on) is the climb that got me to Girona. Tired of poor training routes around my work for lunchtime escapes, I was determined to do any job that had good riding on the doorstep. So when I zoomed in on the windy switch backs of Els Angels in Google Maps, the base of which happened to be 500 m from the office, I knew that job was for me.

Funnily enough, when we (Louise and I) moved to Girona, the very next day was the annual hill climb competition up, you guessed it, Els Angels. It’s part of the annual Girona Cycling Festival run by Bike Breaks, the best cycling festival I’ve seen and I love to participate in every year.

The night before the competition I thought I better check out the climb. Louise had really bad cramps that week. Foolish me had booked an apartment on the 4th floor with no elevator and that had aggravated her legs. So it was a lone recce of a climb that was to become an integral part of my life.

The first thing that hit me is it is literally 5 mins out of Girona center. I didn’t even have to stop at a traffic light to get there. A common complaint from locals is it isn’t enough time to warm-up. Anyhow, there I was at sunset in June cruising up this beautiful wooded climb thinking “I’m in paradise…..ah yes, a race tomorrow, must take note of bends…and stuff”. A few things came to light. It’s reasonably long at just a smidgen over 10 km. It flattens off and even descends at least twice. That’s a nightmare for keeping a high power going but a lovely break if you are cruising up. It has a bit of everything – long straights, switch backs, hidden sections in trees and open sections staring out onto the mountain range. It’s a truly special experience.

You know you are at the top when you see a large cross. If you are feeling strong at that point you can do the 500 m extra to the Santuari of Els Angels where you will be treated to stunning 360 degree views.

The day of the hill climb came. I pushed Louise to the start line, she could only pedal with one leg. Our hopes of her winning the posh watch (to pay our first months rent) were blown so the pressure was on me. But there was no way I could beat these local guys. Great excuse to pay the man a visit though, its my favourite place to be.

I ALWAYS go off to hard on TT’s, especially up hill. But on a short one that isn’t always bad, it depends how badly you can bury yourself within your own pain and suffering! I just went as fast as I could, span those pedals at the highest cadence I could whilst pushing as hard as I could. I wasn’t looking at any numbers which all would have told me to stop. At the top I collapsed, you could tell I’d tried hard put it that way. 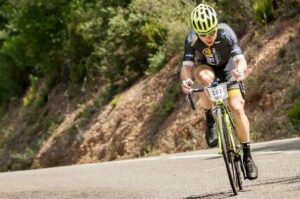 When I was called up for first place I couldn’t believe my ears. With a time of 22:40 I’d managed to secure the watch. We’d be staying in Girona after all. 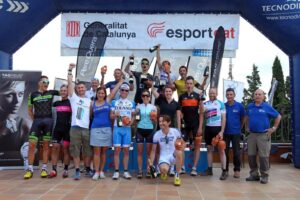 Last June was my 3rd Hill Climb competition. It never gets any easier. Though the climb itself only averages a measly 3%, when you go full gas it really hurts! I have beaten that first time by over a minute, now at 21:32 (14th on Strava with a pretty prestigious crew). Its my claim to fame, one of the only races I’ve ever won and a piece of suffering I like to re-visit every year to check I’m still cycling enough.