Paddy Bevin Tour diary: “Whoever wins this Tour will have deserved it after yesterday” 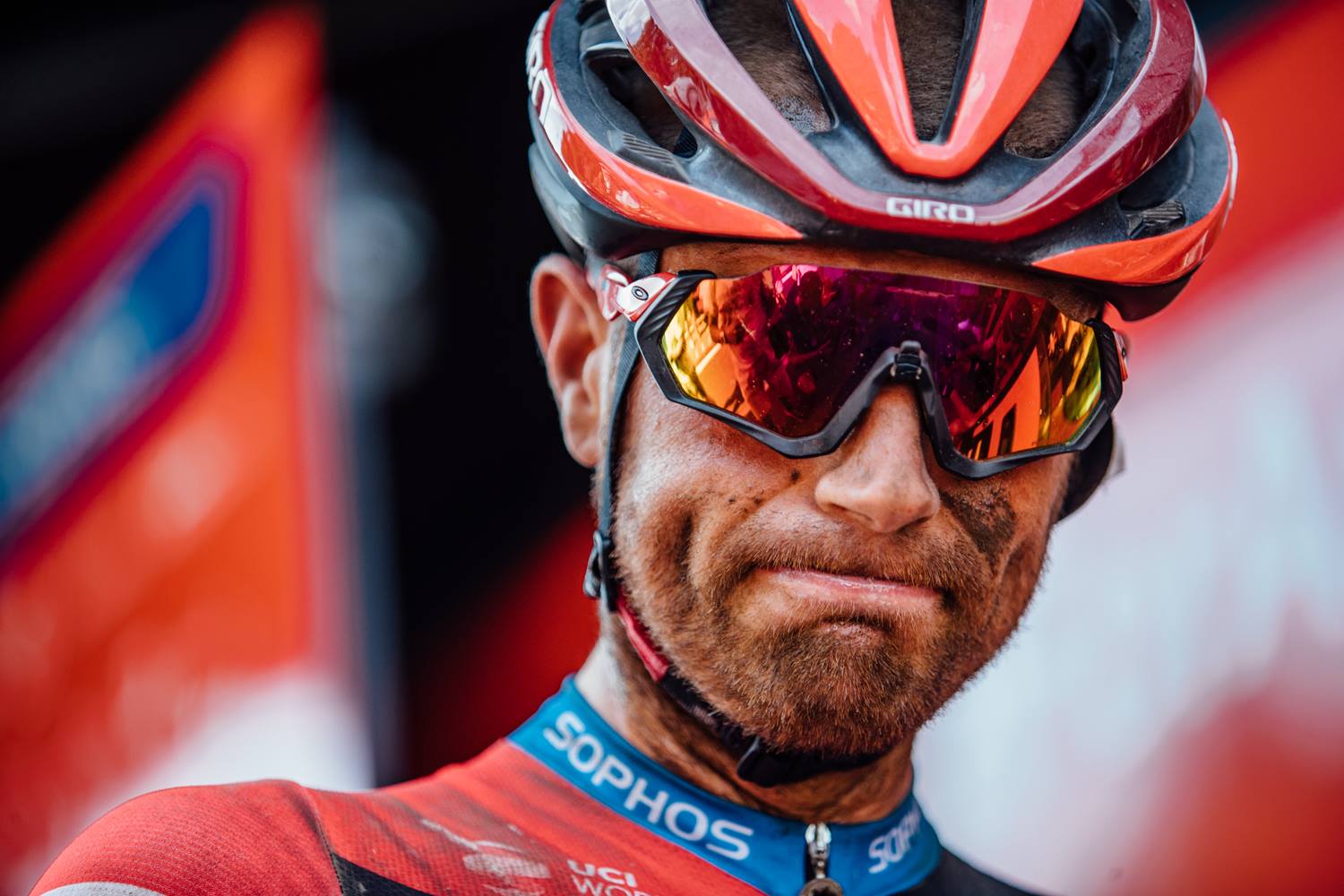 Reflecting on yesterday´s epic battle in Northern France I´m reminded of the scene from the film Gladiator when Russell Crowe addresses the crowd after dispatching a challenger in a fight and yells, “are you not entertained, ARE YOU NOT ENTERTAINED?” to the assembled gallery

It was crazy stuff out there on the road to Roubaix and one of the stages we´ll talk about for a long time to come.

We had a popular winner in Degenkolb, a brutal fight for yellow, a day that went horribly wrong for us so early when Richie crashed out but was salvaged by Greg holding the jersey for another day.

Richie crashing out was truly gutting for him, the team and our legion of followers who are at the team bus every single morning to wish us well.

There´s Aussie flags and Kiwi flags and familiar faces and accents and it gives me shivers down my spine when I come out from behind the curtain to warm up before the stage.

Yesterday started out like every other on Tour and though we knew chaos would ensue, we had no idea how bad it would be.

Richie has ridden a textbook race so far and hit home runs every day in finishing in the front, staying alert, picking his way up the GC standings, and then wallop, it´s all over.

Crashes are a part of cycling and they´re horrible to see and hear and feel. You sense them coming, you hear them happening and you sure as hell feel them if you´re on the floor.

Though I´ve ridden Paris-Roubaix a couple of times, those cobbled sectors never get any smoother. You have to try and pick the best line through them, with everyone else scrapping for the same piece of road.

Some guys ride up the gutters on the left and right, some hammer over the middle of them, most have no choice where they go. You just follow the wheel in front and hope he knows what he´s doing.

Handling is compromised greatly, but it´s strangely exhilarating. You´re nervous on the approach to the cobbled sectors, bricking it as you ride over them, and anticipating the next sector after you´ve come out of one.

There were groups all over the road yesterday and it was hard to know who was where. All I knew was Richie was on the way to hospital, Greg was in the front and Tejay wasn´t.

Though I had no personal ambitions of winning yesterday, my chances of a good finishing place went out the window when I gave up a wheel mid-race as we had some punctures and crashes.

Aside from that I enjoyed the cobbles. It made for an incredibly difficult day but we´ve all known the course for months and on the balance of everything, everyone adjusted accordingly.

I´ve said already that cycling is never a smooth road, progress is never linear, so you just have to roll with it. Degenkolb won yesterday…how hard has he had to fight for that? Many said he would never be the same man again after he was knocked down during a training ride a few years ago. Chapeaux to him.

It´s bike racing and you just have to accept that shit happens. We´re waking up this morning with Richie out of the race, our next most-likely contender Tejay over six minutes down and Greg facing the prospect of losing it tomorrow when we hit the Alps.

Life goes on, we have had an amazing week so far and we move onto the next day, but I´ll say one final thing: whoever wins this Tour will have earned it after surviving yesterday.

So after picking ourselves up we had a bit of a transfer last night as we start phase two of the race this week. The Alps loom and the GC is going to be shaken up tomorrow.

The transfers have been okay but the days are long as we navigate the Tour circus, even when the kilometres to and from the stage are short.

That down time is spent sleeping or relaxing, or eating!

On that note, a shout out to our Italian chef Mirko Sut who has been cooking for us on this Tour. Napoleon said an army marches on its stomach and the man who has kept us fuelled so far deserves special praise for what he whips up every morning and evening.

8 starving riders and an army of support staff is a lot of mouths to feed but Marko always lifts our spirits when he serves us dinner at night.

Today, the first rest day of the race, will be all about recovering from the opening 9 stages and the plan for me is 1.5 hours on the bike to help keep my legs from going stiff, followed by 22.5 hours lying down – or off my feet at least.

We´re down to seven men in the race – and no GC man, so we´re going to see a change in my role after tomorrow´s Alpine stage.