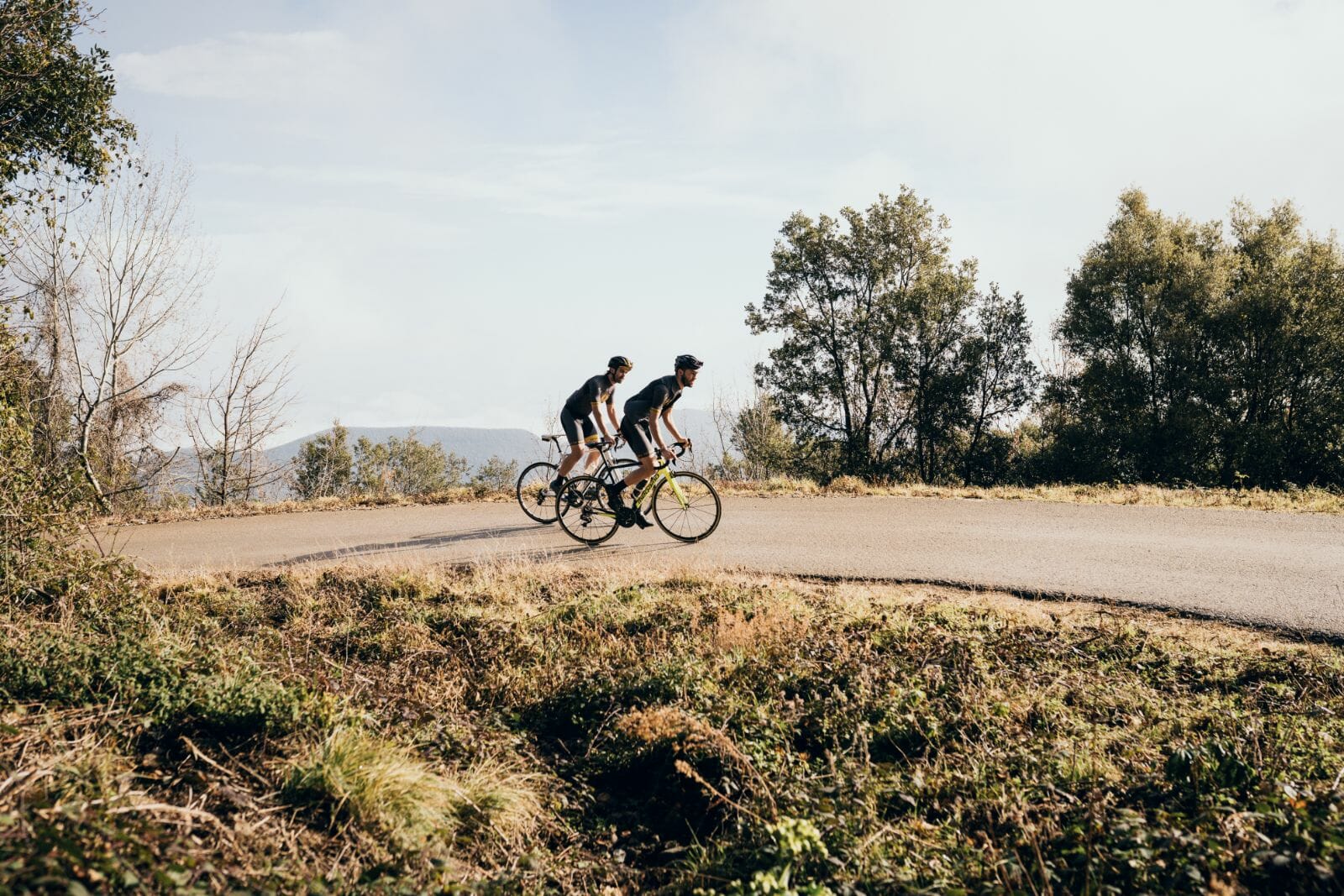 Snuggled away 20 kilometres north of Girona is a monstrous climb that owes nothing to TV coverage .

You’ll hardly find it on a map and you’ll even struggle to find the road that leads up to it from the nearby town of Banyoles.

Yes, Rocacorba hasn’t the ‘bucket-list’ fame  of Alpe d’Huez or the Galibier but it’s a climb muttered in hushed tones around Girona and this stunning corner of Catalunya I am proud to call home.

“You can’t go up there,” a local man tells me when I inform him where I’m headed. “It’s impossible. There’s been rain and the road is slippery as hell. You’ll kill yourself.” They like boasting about this, I sense.

But that last little dispatch is hard to ignore because a quick glance at the stats on this heaving mass of rock reveals;

Ignorance will get me there, I tell myself and I ignore all sound advice and reason.

The first problem you’ll encounter – long before you search in vain for another gear on Rocacorba, is to actually find this mound of pain.

Yes, it’s quite tricky and though it’s visible from just about anywhere in Catalunya on a fine day, the beginning of the road that snakes its way to the summit is anything but well signposted – even though it peers down from all sides.

But the people of Banyoles – famous for hosting the rowing at the 1992 Olympics – are only too glad to help those with maps and puzzled looks.

The base of the climb is gentle and undulates for about four kilometres. The road surface here is good and it is marked too – not that riders screaming against me seemed to take much notice. There’s farmland as well and more than a hint of Provence about the place. Friendly, you might say. A farmer straightens up and gives a hearty wave.

Suddenly, though 27 degrees, it darkens as trees crane in. The road worsens and a slight gust whips up, as does the road. A gentle 4% at first if you take the corners wide, 7-9% on the inside. I tell myself to take it easy and don’t race it, yet.

It’s June now and there was a heavy shower on Thursday so the road worsens gradually. Though it was fully paved in 2006, it’s broken in many parts, giving the worst sections a cobbled feel. Factor in the mud that’s washed down, the leaves that have fused into same, the grit that accumulates on corners and it augments an already steep test of ability.

It’s beginning to sting around the halfway point but there’s no let-up. Though it averages a reasonable 6%, it ramps up to 17 and 18% in parts…and that’s where I dropped it down to the small ring (haha), as my back begins to throb and chest pumps harder. My back wheel spins. My arms sting.

The beauty of Rocacorba lies in its brutality, save for two brief interludes where the road flattens.

I pass a group of mountain bikers on the road, their sun-stippled flesh and sweat-soaked faces tell something about the world of pain they must be in. I continue on.

Every kilometre you’ll be updated on your progress by modest road signs. Distance to the summit: 3k. Altitude gain: 670 metres. ‘Okay, what’s that from 980?’ I ask myself. Basic math is proving difficult. Off in the distance I can see the summit.

The wind filters through the densely-packed forest of pine trees giving this climb quite an eerie feel to it. If I crash on the descent I’ll never be found, I think to myself. I hear heavy breathing up ahead. My ears have popped but a frantic gasping for oxygen is audible above my own groans of pain. There are other lunatics here.

The steepest sections are yet to come and as my ticker snipes away at 176 beats, I calculate there’s not much more in me. I slow to 8 kph on the steepest parts and I imagine this is how I’d look on Eurosport if I was dropped. Accepting this is my level and riding at my tempo now.

The bodies up ahead are no less alive and capable. One man almost careers off the edge, only to save himself at the last moment.

Up ahead I see the sign for Rocacorba. Plain green, the letters in thick white font. But I can’t celebrate yet. It’s a rest house. Not for me. Not this close.

The last kilometre is sheer hell as I call on myself for one last proper dig. This is where the flame rouge would be. This is where you lay down what’s left. In my case, it’s a pathetic 10-second burst before I collapse back into the saddle and haul myself up the final few leg-snapping metres. Right turn, left hairpin, right hairpin, left hairpin. Voila. There’s not even a flat section on which to freewheel at the top and I imagine more than a few have lost control here.

With my legs like jelly I make the most awkward turn imaginable at the steel gates and turn for home but not before taking in the breathtaking vista of Catalunya that yawns out before me.

There’s the glistening lake of Banyoles, miles and miles of countryside in every direction, forests and farms and castles and courtyards.

Over my shoulder I hear ‘muy bien Brian!’ It’s my car mechanic Miguel looking as fresh as I did 48 minutes ago at the bottom.

This is Girona. Warm and welcome. This is Rocacorba. A centre for suffering.

This is why we do it.

You too can suffer your way up the slopes of Rocacorba. Check out our Classic Climbs of Girona Tour to seal your fate. To find out more about this hidden gem of a climb read our latest blog on Rocacorba.