Paddy Bevin Tour Diary: “Greg skipped across on the last ticket out of town” 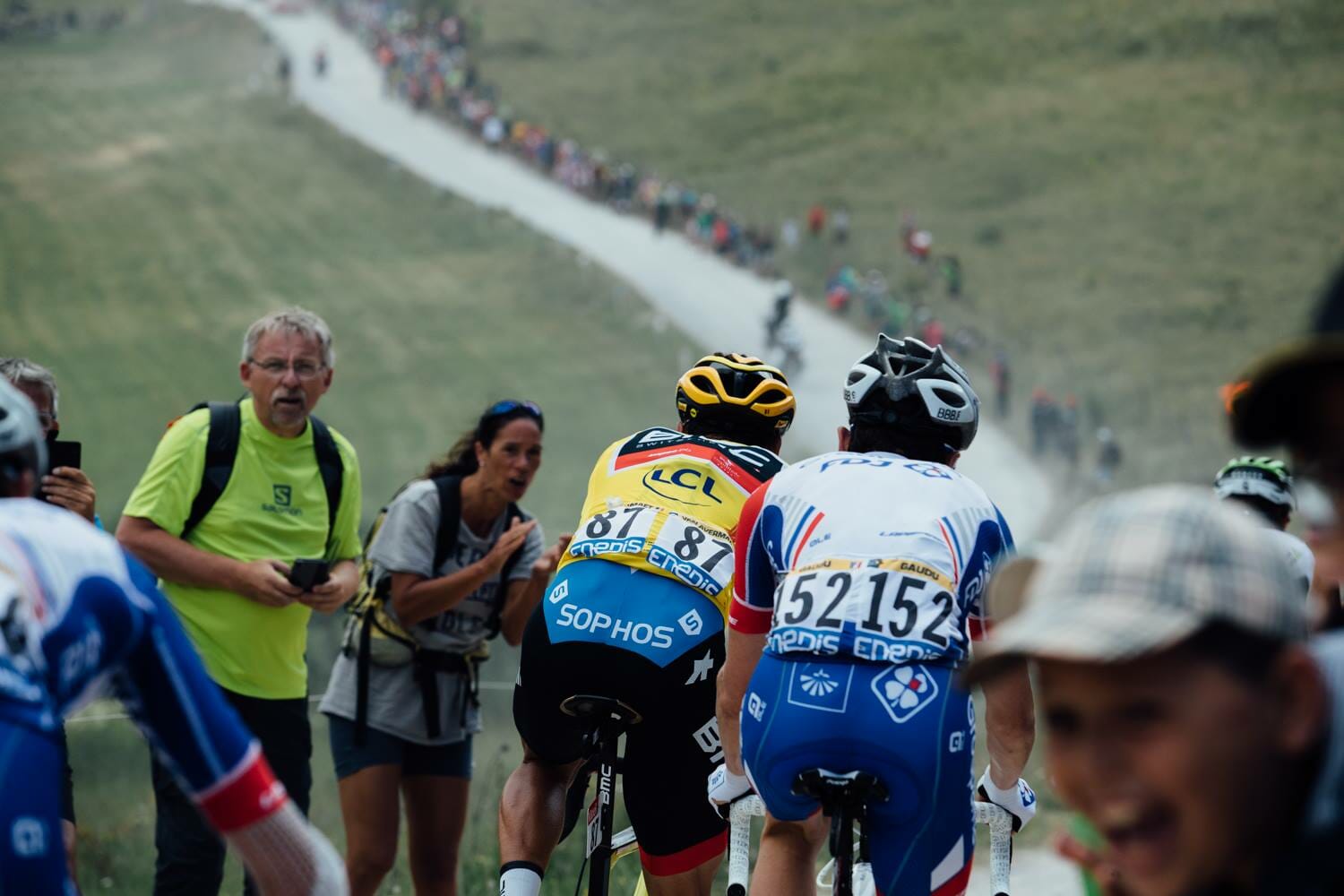 We´re almost at the halfway point in the race and all things considered, we´re doing pretty well.

Greg is in the yellow jersey and what an awesome ride yesterday to not only hold it on terrain many felt he´d flounder on, but he actually extended his lead over everyone too!

Now, that didn´t happen by chance as we had a plan for him going into the stage that involved getting in the break – if it was big enough.

What exactly does that mean? Well, breaks are funny coalitions at times. A successful break is one that involves riders who are all committed to riding – hard.

A successful break involves a ´coalition of the willing´ where everyone spills their guts out and is usually only thinking about the stage win.

Yesterday we saw 20 guys skip off the front until one more got the last ticket out of town to make it 21…Greg Van Avermaet.

It was beautiful to watch him arrow out of the pack, straight across to the break like a train, onto the front to help pull out a decent gap and when the others in the move saw they had a V8 engine in Greg onboard, they responded.

Greg is a fighter and won´t give up yellow easily. He´s courageous and smart and strong as hell. He´s not built like a climber, but he can go deep and haul himself over some big ones.

He had no intention of riding for the stage yesterday, only the time gap to the GC guys interested him, so the other guys in the break had the time of their lives thinking stage win – until they exploded, one after another.

He was out there in the break for over 100 kilometres yesterday and in the end he ´only´ managed to take a minute out of the GC group, but every second counts in this Tour and every day we´re in the jersey is a good day.

My own day was about tagging guys we didn´t want in the break. By that I mean jumping on the wheels of guys I knew wouldn´t work in the break – if Greg got in there.

We needed a willing coalition to give Greg a shot at getting up the road and staying up there.

And if guys aren´t prepared to work in the break it´s pointless having Greg there because that unwillingness or sheer laziness of some riders to work is like a virus that spreads and the break is quickly brought to heel.

So once Greg and co got away, my day was about survival. I´m definitely feeling tired after the first week, though I´m not too bad because I came into the Tour in really good shape.

It´s just a slow, grinding fatigue. Your legs hurt when you plant them on the floor in the morning after getting out of bed, stairs hurt, they´re stiff and a little stale. Any cyclist knows that feeling.

But the rest day did me good.

Staying on top of your nutrition is another overlooked aspect of this job.

I´m burning around 4,200 calories a day on the bike, not to mention the energy required for normal metabolism, recovery, and during sleep. So in total, that´s north of 7,500 calories a day!

Wine, believe it or not, is sometimes part of the diet and yes, we actually have a fully-stocked fridge in the team bus!

When we win, it´s important to celebrate as it helps drive up team morale and a small toast is enjoyed! But most of the time it stays in the fridge and besides, I haven’t the energy to open a bottle after a stage!

Maybe I´ll find it if we get over today and tomorrow in the yellow jersey!

Today´s stage is another mountain stage in the French Alps, starting a few hours from now in Albertville and ending at the ski station of La Rosière.

The stage is only 108k but with 4 categorised climbs packed in there – so yes, it´s one for the skinny guys.

I know the stage very well as it is the same course as this year´s stage 6 of the Dauphine.

I´m predicting a showdown between the big GC guys with Dan Martin, Yates, Thomas and Froome all likely to be there.