Paddy Bevin Tour Diary: “Even a combined effort from us and Michelton Scott wasn´t enough to close the gap” 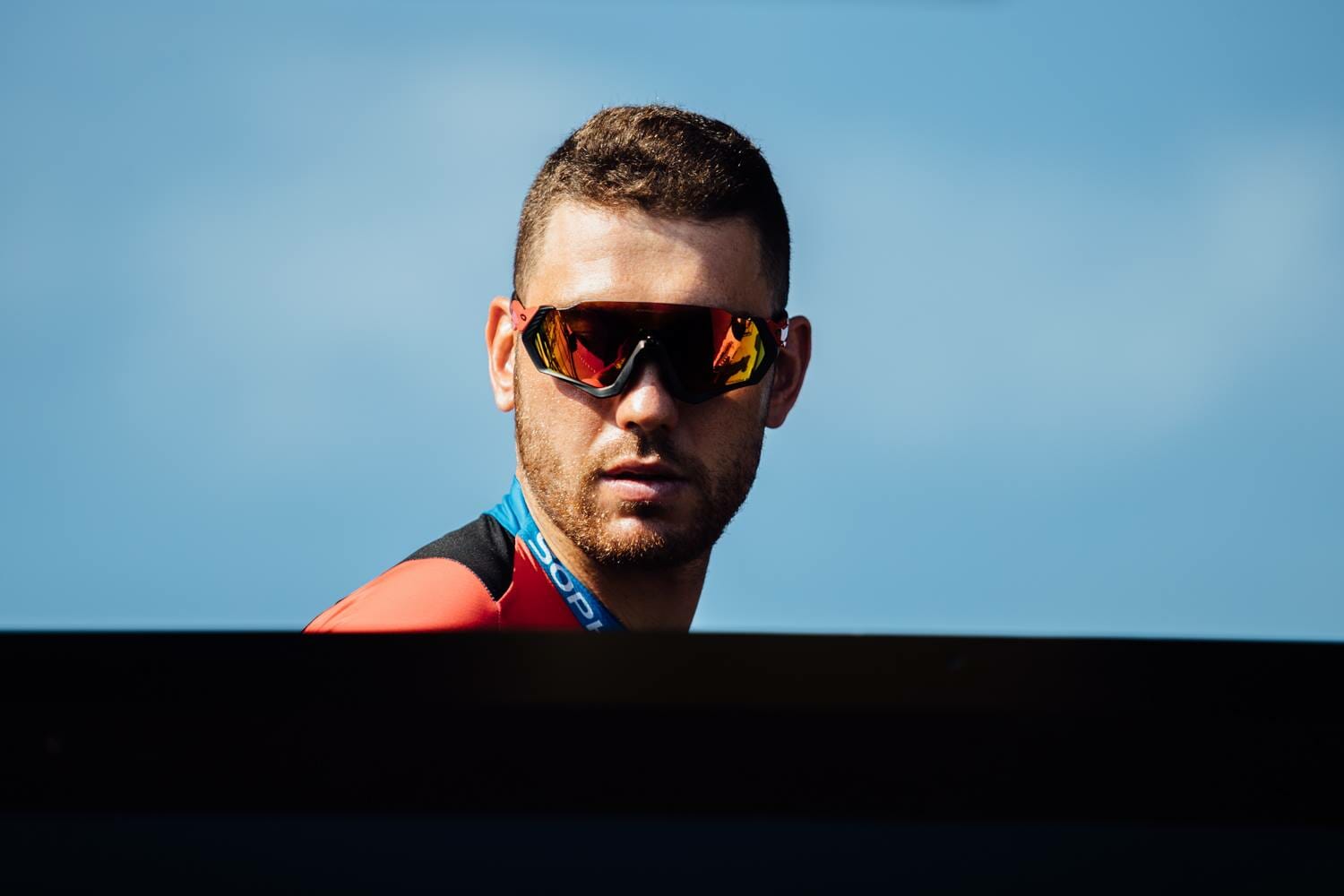 Now that I’ve had some time to reflect on yesterday’s opener I can say one thing, the Tour is a very different animal to any other.

You might have remembered my opening day last year when I went down hard in the prologue and I wrote on Friday about how I would try and at least better that. Well, I achieved that, but I assure you it was no less chaotic yesterday!

A brutal welcome back to the Tour,  you could say.

In this race, everything is turned up a notch (or 5) and even the easier days are hard.

It’s easy to forget the enormity of the race until you take to the start on day one.

We started from Noirmoutier-en-l’Île, an island off the coast of western France in the Vendée department and rode onto the mainland to Fontenay Le Comte.

It was pretty flat with just one categorised climb coming 28 kilometres from the finish but nothing hard enough to dislodge any of the sprinters who were eyeing up the stage.

A break went early, three guys got away and the race was going exactly to plan for us. The gap to the three out front hovered around four minutes but came down, as you’d expect, coming to the final.

The reason that gap tumbles is a quickening in the pace from us behind. I mean real speed.

Speed means tension and tension can lead to crashes and the day escalated in the space of one crash which our GC hopeful Richie was caught up in but thankfully, unhurt.

When that happened, the pace was really on so we had to try and get him back up to the front as quickly as possible, all the while trying to spare his legs as best we could.

We rode as hard as we could to pace him back up but not even a combined effort from ourselves and the Michelton Scott boys couldn’t close the gap as the sprinter teams started leading it out from a long way.

This was one painful reminder of just how hard the Tour can be!

The first stage is always nervous and today’s opener was no different with everyone feeling fresh and motivated and eager to be at the front.

But of course the road is only so wide and the pace can only be so quick, meaning there comes a point when you just cannot go up any higher.

Adam Yates (Mitchelton-Scott) lost time in the madness, as did Froome who tumbled into a grassy verge after clipping another rider. And before I had time top process that Nairo Quintana (Movistar) punctured!

But we got through it, with the help of five gels!

Today’s stage is another one for the sprinters, if nothing extraordinary happens. We will again will try to stay safe after the crashes and the stress from yesterday, but this is the Tour and anything can happen, even on pan flat days.

I am writing this from the start at Mouilleron-Saint Germain in the Vendée province and this afternoon we will cover 182.5 kms in the countryside.

The only categorized climb will come 28ks in, when we tackle 1 km at 3,9%. Nothing hard, but a breakaway will probably start setting up after this little bump.

The rest of the stage is flat and the only difficulties will come at the final kilometres where the breakaway will presumably be controlled already and the teams aiming to win this sprint will start seeking their chances.

The road book shows there are sharp corners and roundabouts and the last 900 mts have a slight rise on a narrow road so it will be fun to watch how the specialists handle that lack of space!

NOTE: Watch out for some ´outsiders´ involved in sprints again today. This year’s Tour organisation decided to give extra bonifications for sprints on the first 8 stages (No TTT included) that won’t count for the Green Jersey, attracting other riders to the finish line.

Hold onto your hats!