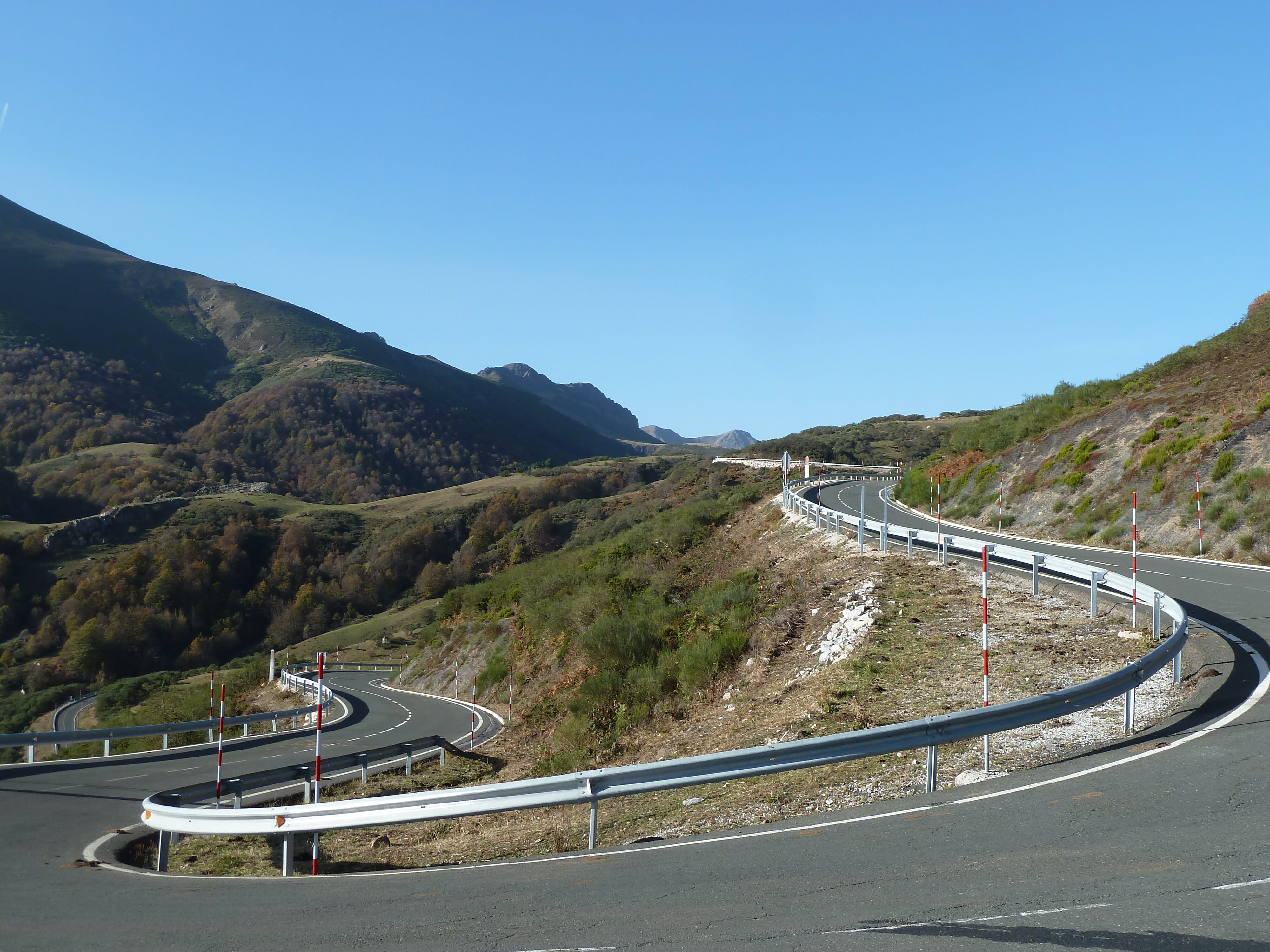 There’s much more to cycling in mainland Spain than sunshine and smooth roads. From the highest paved road in Europe (Pico de Veleta in the Sierra Nevadas) to the green countryside of the País Vasco, Spain’s vast and diverse landscape will have you begging for new adventures. Be sure to tick off these cycling destinations from your bucket list.

There is no doubt that Girona is the cycling capital of Europe. Home to hundreds of professionals, the old town has a charm that is hard to not fall in love with. Riding is the perfect mix of flat, rolling countryside and some challenging climbs in the foothills of the Pyrenees. If you want character, culture and good food alongside high-quality cycling, look no further than Girona.

South Spaniards are very laid back (and who can blame them in the roasting temperatures of the Summer). But visit Andalucia from October through to May and you’ll have a spring in your pedal stroke. The rustic towns of Antequera & Ronda both provide a great base to ride from and are easily accessed from Málaga airport. Visit Andalucia for your taste of authentic Spain.

Hugely underrated, the Picos de Europa or “Peaks of Europe” were named by Columbus for being the first mountains he saw on his return from America. They are beautiful rock formations comparable to the Dolomites. Don’t miss Lagos de Covadonga, a stunning series of lakes over 1,000 m up in the sky. Puerto de San Glorio is a hidden gem of a climb that will leave you wanting to find more “off the radar” climbs and there are plenty of those in the area.

Los Machucos was the climb which sparked rider protests in the 2017 Vuelta España. It’s brutal kicks are rewarded by stunning rural views all the way up. Cantabria is home to many other feature climbs of the Vuelta such as the Peña de Carbaga and Puertos Alisas & Ason. There’s no wonder that when the Vuelta reaches Cantabria things get exciting.  Close proximity to Santander & Bilbao is helpful for logistics but you are better off avoiding the big cities and staying out in the lovely countryside.

You are just as likely to see a skier in the Sierra Nevadas as you are a cyclist. Often used for altitude training by professional cyclists, you’ll need your climbing legs on because it’s up or down with not much flat! There are plenty of authenticly Spanish places to choose to stay in the region, from the cultural hub of Granada to tiny villages in the mountains. 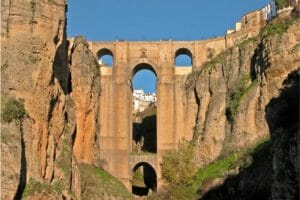 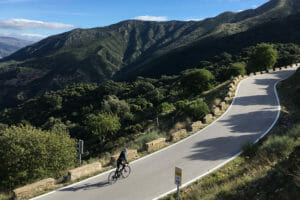 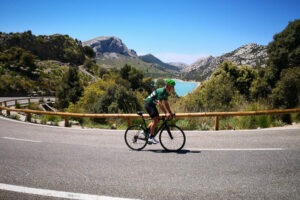 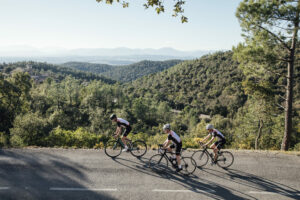 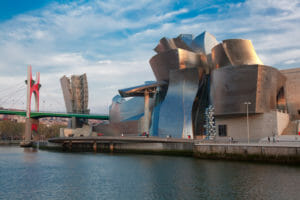 Oviedo is a bustling city with all the culture of Asturias and its wonderful food, friendly people and interesting architecture. Ride for just 5 km south and you meet what can only be described as a theme park for cyclists. Scores of short steep climbs scattered over several valleys, the Big One being the Angliru. Often stated as the hardest climb in cycling its something every cyclist should do, but just once.

With its own language and Spanish-Basque and French-Basque regions, the Basque country is a mixing pot of cultures which creates the best food in the world. Rolling green hills line the distance with characteristic white and red chalets. It’s a treat on the eyes and lushness that of course warrants some occasional rainfall, typical of the north Spain area. Whilst the climbs are not long, some are steep so you can easily rack up plenty of climbing metres over a days ride.

The Costa Brava runs from France down to Blanes (a town just northeast of Barcelona). It’s one of the most unspoilt coastlines in Spain, with no billboards or high rises to distract from the jaw-dropping views. Easily accessible from Girona and coastal towns like Begur and the more popular Tossa de Mar, the winding and hilly road that hugs the coastline provides hours of sun-kissed enjoyment. Whilst traffic is never that bad, in the winter you’ll be lucky to stumble across other cyclists, let alone cars.

Whilst Calpe is not the most charismatic cycling location in Spain, it makes it onto the top ten list due to its popularity for training camps with professional teams. Miles in the sun on smooth roads are sometimes all people look for and this is a good place for that, with affordable hotels plentiful. Test your legs on the likes of the Cumbre del Sol and the Col de Rates.

In at number 10 (because it’s technically its own country and not actually in Spain) the tax haven of Andorra is packed with slopes to delight the most hardened of cyclists. Every year Andorra hosts La Purito, the toughest sportive in Europe, and thousands flock to attempt 5,200 meters of elevation in one painful ride. Andorra is best enjoyed over 2 or 3 days (or 1 if you’re feeling sadistic). Must ride climbs are La Gallina, Collada de Beixalis, Col D’Ordino, La Rabassa and Els Cortals D’Encamp. 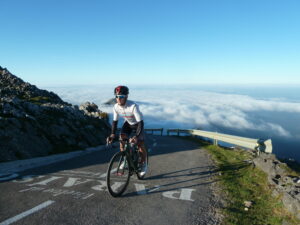 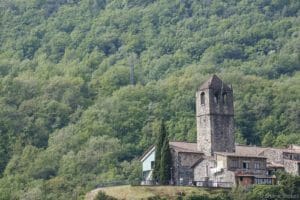 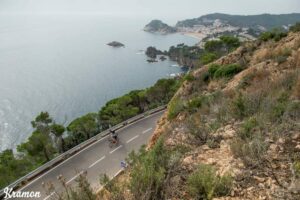 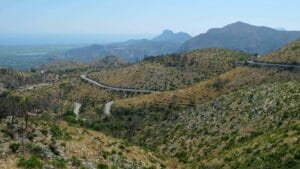 Have a favourite region to ride in that we’ve missed? Let us know in the comments below. If you’ve been inspired by any of these locations and want to find out more, contact us and we’d be delighted to help.